Dublin boys get surprise visit from military dad at school 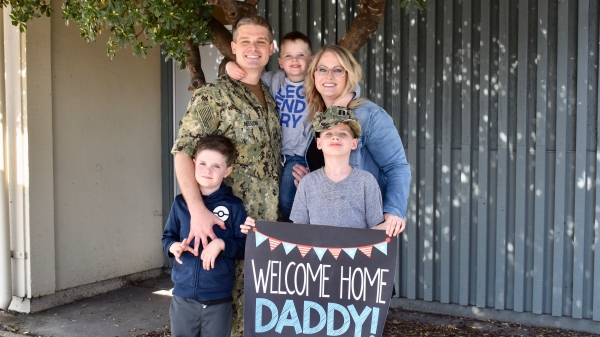 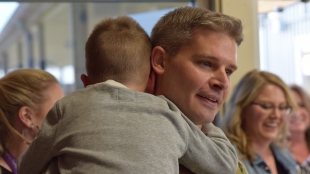 Dublin father of three and U.S. Navy Lt. Darren Nelson was overseas for a year, missing special birthday and holiday moments with his children and wife, Daylene.

Last Thursday he surprised his sons Brendon (second grade) and Ethan (kindergarten) at Murray Elementary School, along with another son, Caleb, who is in preschool.

Dublin Unified School District helped with the surprise by gathering the students for an assembly to honor military service personnel and first responders. Students with family members in those fields were asked to come on stage, where Nelson came out from behind the curtain and made his big reveal.

Nelson arrived in the Bay Area the night before and stayed at a nearby hotel in preparation for the event. He had been deployed with the Africa Command and was stationed in the country of Djibouti when three U.S. servicemen were killed during a Jan. 5 attack by al-Shabaab rebels at the Kenyan Defense Force Military Base in Manda Bay. The three lives of those fallen were remembered by Nelson, who was working at the Combined Joint Task Force that responded to the attack as it happened.

The Impact of COVID-19 on Our High School Juniors and Seniors
By Elizabeth LaScala | 0 comments | 1,799 views

The first few seconds after awakening; before I remember the virus
By Chandrama Anderson | 0 comments | 605 views