Around Pleasanton: Happy retirements to Vic and Rick | News | PleasantonWeekly.com |

Around Pleasanton: Happy retirements to Vic and Rick 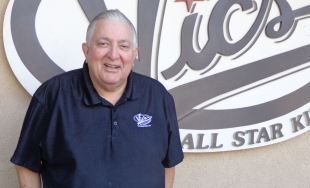 Vic Malatesta is selling his Vic's All Star Kitchen on Main Street. (Photo by Jeb Bing)

Oh my gosh !!! My most favorite places are closing !!
Vic's is a staple that will be sorely missed...and Ric's Picks my go to for everything under the sun is leaving as well. I have spent many hours in both places and I just want to say good luck to both and may you have many more years to do all the things that make you happy. Thank you so much for making me happy.

Oh it is with mixed feelings to hear this. Congratulations and best wishes on the retirements, but we will miss both establishments. Hoping the next owner of Vic’s maintains it’s character, charm and uniqueness to Pleasanton that we have always known and loved.

justthefacts is a registered user.

Both of these establishments will be missed.