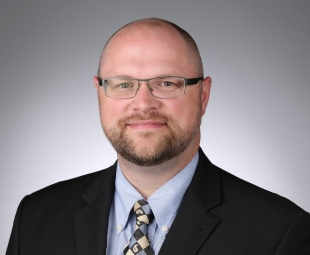 ValleyCare CEO Rick Shumway arrived in the valley at a perfect time.

The transition from the standalone health system to the Stanford Health System that took place in 2015 is finished and major investment in the ValleyCare system has been completed.

With those in place, Shumway now is starting to ask what programs and services need to be at ValleyCare in five years as the Tri-Valley and Central Valley continue to grow.

ValleyCare's strategic location begs the question about what Stanford specialties can be located here to serve local patients, as well as patients from the Central Valley, without forcing them to drive to Palo Alto.

"Time is brain with stroke," he said. So, treating emergency patients in Pleasanton instead of transporting them for 20 or more minutes to Eden Medical Center in Castro Valley -- the trauma center serving the Tri-Valley and Southern Alameda County -- will improve outcomes for patients.

That will involve analyzing the current programs, forecasting into the future and deciding what the campuses in Pleasanton and Livermore will need in terms of buildings, equipment and employees.

Before the Stanford affiliation, ValleyCare, which had lost money consistently, did not have the financial resources to make the necessary investments.

The valley is a very competitive area with the John Muir/San Ramon Regional joint venture down the street on one side from ValleyCare Pleasanton and the Palo Alto Medical Foundation/Sutter Health across the freeway, along with Kaiser's major new center in Dublin (the fourth Kaiser facility in the Tri-Valley).

When asked how ValleyCare carves out its market share, he pointed out three key differentiators.

That creates the competitive edge.

The other key differentiator and a key reason he moved west was the Stanford brand and the capabilities of its system and its people. With ValleyCare's strategic location, it's an exciting time to sit in his chair.

He's also come to appreciate just how invested community members are in ValleyCare. Before the transition to Stanford, it was literally owned by community members and organizations that had invested in the nonprofit hospital. That community interest has been maintained through the charitable foundation that took the lead in raising the funds to establish the stroke program.

Shumway envisions the charitable foundation to continue to play a key funding role in the hospital as does the foundation supporting Stanford's Peninsula campuses.

Shumway, 38, worked on the senior executive team with Stanford Health CEO David Entwistle in the University of Utah system for six years before Entwistle left to head Stanford in 2016. He then moved to the No. 2 position at the University of Cincinnati before he was lured west to join Stanford at ValleyCare.

He and his wife have settled in Danville with their two children and he's finding it an easy commute at the early hour he travels to Pleasanton. Not so with his weekly or biweekly trips to senior staff meetings in Palo Alto where returning home in the afternoon is brutal.

akon12 is a registered user.


Nice blog, the article you have shared is good.This article is very useful. My friend suggest me to use this blog.
Web Link

Frenchie is a registered user.


A warm welcome to our new CEO, Rick Shumway! Stanford carries a fine reputation of leadership and excellence in health care, and I am pleased that it is here in Pleasanton, and serves many adjacent communities. I am also grateful for the service provided by my physician and Valley Care.

Frenchie is a registered user.


I just submitted a comment for Mr. Shumway, and signed it, not Frenchie, but Elizabeth F. Rose. It was a warm welcome to Mr. Shumway, and pleased to have Stanford Health Care here in Pleasanton.

Repairing a Disagreement with your Beloved & “Physical” vs. “Social” Distancing
By Chandrama Anderson | 0 comments | 957 views