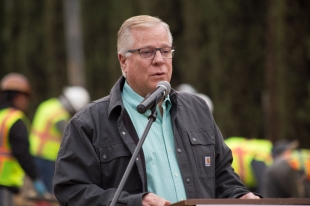 Alameda County Supervisor Scott Haggerty (pictured) announced that he will not run for reelection next year. He has represented District 1, which includes the cities of Livermore, Dublin, most of Fremont and parts of unincorporated Alameda County since 1996. (File photo)