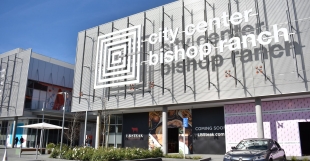 
For Pleasanton folks, keep in mind that all Williams-Sonoma properties—Pottery Barn and Williams-Sonoma itself—are slated to close in Stoneridge, as these new locations are taking their place.

Also, the LOT movie theater doesn’t have their menu in the theaters yet, unlike their other locations. They just have basic fare like fries and chicken fingers—and I have to say, their food is not good right now. Hopefully they’ll adjust soon, broadening their theater menu and improving food quality.

As for the architecture of the place, it’s really a giant low rise office complex in looks. The fountain and kids play areas are nice enough, but this is no architectural marvel, sadly.