Hey man it was a great time playing football with you. we just knew each others names but i always had respect for you. now your in a better place RIP.

Although I had only known Kyle briefly, I just knew he was a tremendously kind soul. On Monday, December second, I decided to take a look at purchasing a vehicle. I happened to be at the dealership Kyle worked at. I?m sure he had a good laugh watching while I went back and forth between the lots not fully knowing which were new cars and which were pre-owned. He came up to me with a warm smile and I explained I?m interested in a hatchback, and oh-by-the-way, it has to be a manual transmission. After we took a look at the pre-owned vehicles, we decided a new vehicle would be best. We headed back over to the new vehicle lot and found the perfect car. He grabbed the keys, I jumped in the drivers seat, he in the passenger seat, and we were off. That?s when we started talking about our shared love of cars. I happen to be an avid autocross driver and an owner of a Chevy Z06. He was immediately surprised and enthusiastic to hear all about it, as was I to learn about his car history and what he wanted next. Funny that I suggested an RX7 since that?s exactly what he had in mind. As we talked about cars, he filled me in on his unfortunate battle with epilepsy. I couldn?t believe such a young and ambitious person could be going through something that. Kyle was a key reason I purchased a brand new car right then and there. I?ve never been more impressed with anyone at a car dealership. His genuine nature and ability to connect on a personal level meant a lot to me. I am deeply saddened to learn of the passing of Kyle. My heart goes out to his friends and family during this incredibly difficult time. 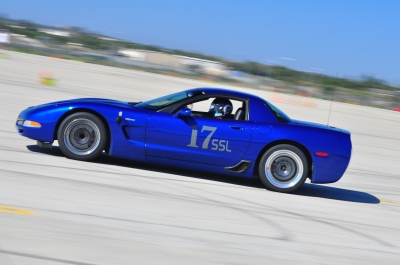