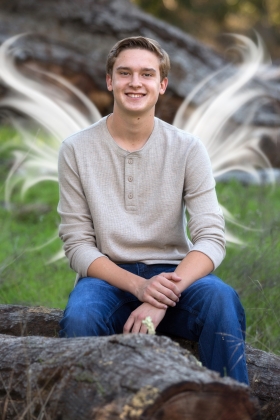 Scott Kienhofer passed away peacefully and entered Heaven on March 12, 2018.

Scott was surrounded by loving family. Scott was born and raised in Pleasanton, California. During that time, he attended Lydiksen Elementary, Hart Middle School and was currently a senior at Foothill High School.

Scottie recently developed a passion for fishing and loved spending the weekends at his family's cabin in Clearlake, California. Scott had a profound respect for nature and loved animals, especially his family’s pets. He played baseball for Foothill Little League, several travel ball teams, and eventually played both his freshman and sophomore years for the Foothill High School Baseball Team. Scott possessed a love for sports. He enjoyed watching the Golden State Warriors, the Philadelphia Phillies, the WVU Mountaineers, and was so excited when the Philadelphia Eagles won their first Super Bowl just this year.

Scott had an infectious smile and was seen as a “ray of sunshine” by those around him. He was wise and thoughtful, someone who seemed much older than they were, with much wisdom. His down to earth personality and great sense of faith carried him through his 10 month long battle with cancer. The humility and sense of humor he kept throughout his life and battle with cancer was an inspiration to all. He lived life to its fullest, always with a sparkle in his eyes.

Scott Kienhofer was loved by so many and will be forever remembered and deeply missed by his mother Brigit, father Brian, older siblings Natalie and Shaun, his grandmother Barbara Kienhofer, grandfathers Kurt Hanni and Charles Kienhofer, aunts Therese Marrett and Andrea Thomson, uncle Clay Thomson, and cousins Caroline, Jacqueline and Alexandra Thomson.

A Celebration of Life Service and Reception will be held at St. Raymond's Catholic Church in Dublin, California on March 24, 2018 beginning at 10:00 a.m. Memorial donations can be made to the Make-A-Wish Foundation, the UCSF Benioff Children’s Hospital Oakland Scott Kienhofer Memorial Fund or pediatric cancer research organizations.

The red remembrance poppy has become a familiar emblem of Remembrance Day due to the poem "In Flanders Fields". These poppies bloomed across some of the worst battlefields of Flanders in World War I, their brilliant red colour an appropriate symbol for the blood spilled in the war.Essay writing service uk