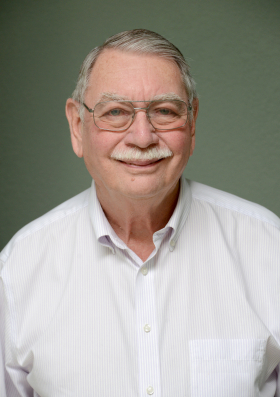 In 1959, Bob married MaryAnn Hayes in Toledo, Ohio and immediately they sought (and built) a new life in California with only a two-year stint in Oklahoma to serve his active duty service for the Army. Bob and MaryAnn remained married for over 50 years.

During his Army Reserve Service, he was assigned to the U.S. Army Nuclear Agency at Fort Sill (OK), Fort Bliss (TX), Fort Belvoir (MD) and the Pentagon (DC). While his family was growing up, they would drive across the country finding adventures both coming and going camping near the base. Bob would serve his two weeks of active duty and take public transportation to work allowing the family to explore. He served 28 years in the U.S. Army (Active and Reserve), honorably retiring as a Lieutenant Colonel.

Bob’s first career spanned 35 years with General Electric at their Vallecitos Nuclear Center where they made radio-isotopes for medical diagnoses and later helped design a nuclear power plant for use in space. After retiring from General Electric, he worked at All Pro Mortgage as a mortgage broker for over 12 years before moving into the tax preparation business. Eventually, he co-founded Pallesen and Butler Tax Service. This is where Bob spent the last 15 years, serving the community and enjoying his work.

Both Bob and MaryAnn were also accomplished musicians. He was a charter member of the Pleasanton Community Concert Band that began in 1975. He also performed with the Valley Brass Quintet, Stony Ridge Ramblers and the Livermore-Amador Symphony. He played most of the woodwind and horn instruments, and would play whichever was needed by the current band. In the symphony, he may be best known for his playing the typewriter as a percussion instrument. He continued to play with the community band and the Valley Brass until his death.

Bob also felt a sense of duty to help guide his adopted home through some trying times. He served on the Planning Commission for four years before being appointed to the City Council in 1978. From there, he was re-elected three times, finishing his service in 1992. Proposition 13 got passed within months of his stepping onto the council: this radically changed how municipalities collected property tax revenue by slashing residential property taxes. Determined to save Pleasanton and create a strong, stable tax base; the Council’s leadership and vision, sought, found and worked with new partners to achieve this goal (Hacienda Business Park and Stoneridge Shopping Mall to name just two).

Bob also knew the importance of learning and developing new skills. This included starting the day by completing the New York Times Crossword and Sudoku puzzles. In the 70's and 80's, he became an avid sailor on the San Francisco Bay and raced his sailboat, winning his Class at least once. At the age of 63, he realized his dream of becoming a private pilot and went on to own a Cessna Cardinal (177B) and logged many hours. He was also active in the Catholic Church where he served as a lector and head Eucharistic minister at St. Augustine’s Catholic Church.

Once retired from the Army Reserve, Bob and MaryAnn missed the annual summer trips and were soon off exploring the world, making it to more than 50 countries on 5 continents. In recent years, Bob enjoyed travelling with his companion, Sheila Selover.

On October 5, 2021, Robert Butler was found unresponsive in his Pleasanton home and was transferred to Stanford ValleyCare Hospital where he passed at the age of 83.

Bob will be remembered as a very kind, loving, intelligent man and will be greatly missed.

The family requests in lieu of flowers, donations may be made in his name to Pleasanton Military Families, the Catholic Community of Pleasanton (CCOP) or a charity or your choice.