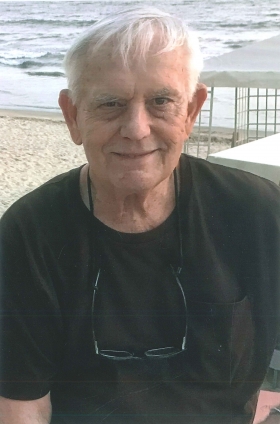 Fred passed away on Monday after a courageous battle with cancer. He has been a 44 year resident of Pleasanton.

Fred was born in Fresno, CA and grew up in Concord. He graduated from Mt. Diablo High School in 1959. After Fred served with the Army for 3 years, he settled in the Bay Area. He had a 56 year career as a cement mason.

He was an avid sports fan of the A’s, Raiders, and Warriors. He also enjoyed his hobby of “betting on the ponies.” But his favorite passion in life was spending time with his family.

He was survived by his loving wife Jan, devoted daughters Kelly Gossett of Pleasanton, and Carrie Swany (Chris) of Alamo, and his four grandchildren. He is also survived by his 5 younger siblings.

Friends and family are invited to a Memorial Mass on Friday, September 13 at 11:00 a.m. at St. Augustine’s Catholic Church, 3999 Bernal Ave., Pleasanton. In lieu of flowers, a Memorial may be made in Fred’s name to Hope Hospice of Dublin.