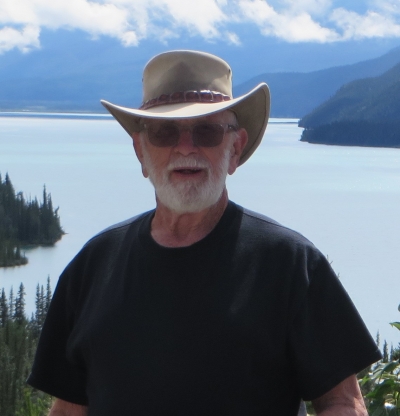 William D. “Bill” Walker passed away suddenly on Aug. 2, 2019 in his hometown of Priest River, Idaho. He was the oldest of 5 children and is preceded in death by his parents, Al and Lela Walker of Pocatello, Idaho, and a brother, Alton (Sheila) of North Ogden, Utah. Bill grew up on a dairy farm just outside of Priest River. In his youth, he was a star in football and boxing. Bill won the district boxing championship in his weight class his senior year.

Bill married his high school sweetheart, Marian, shortly after graduation in 1954. After that, Bill entered the United States Army, where he spent most of his three-year enlistment at Ford Ord in Seaside, CA. Bill then went on to earn his bachelor’s degree at Idaho State University in Pocatello graduating in June 1961. He finished his four-year program in 3 years. Upon graduation, he accepted a teaching/coaching position back at his alma mater, Priest River High School. One of his favorite memories from those days was that “the coaching staff could beat the 440 yd relay team in a race”. Bill spent one-year teaching in Idaho before moving on to Lakeview, Oregon in a similar capacity. In 1965, Bill accepted a teaching position at Amador Valley High School in Pleasanton, CA. He taught biology and, of course, began coaching football. He gained the respect and love of nearly everybody that played football for him. He was not only a coach, but a mentor to many of the hundreds of young men he coached during his career.

Bill retired in 1992 and moved back to Priest River in 1994. He and Marian became true “snowbirds”, going to the Fountain of Youth community near the Salton Sea in California, spending the winter months in the warmth of the Coachella Valley. They continued their practice until his very last days. Bill enjoyed being with family, golfing, fishing, hunting, and college football. He also enjoyed playing guitar, pitching horseshoes, going on or planning a road trip, and sometimes just working around the home. He was also an animal lover and was rarely without a dog nearby. Bill leaves behind his wife of 65 years, Marian, two sisters, Althea and Dolores, of Priest River and a brother, Malin, of Pocatello. He also leaves his children Jeff (Cindy) of Roseville, CA, Tracy (Phuong) of Basehor, KS and Valerie of Overland Park, KS. Bill has 4 grandsons and 1 great grandson. Per his wishes, there will be no services. His remains will be interred in the family plot at the Evergreen Cemetery in Priest River. In lieu of flowers, donations may be made to the Priest River Animal Shelter, 5538 Hwy 2, Priest River, ID 83856.

Sherman-Campbell Funeral and Cremation Services in Newport, WA is in charge of arrangements. Family and friends are invited to sign the online guest book at shermancampbell.com