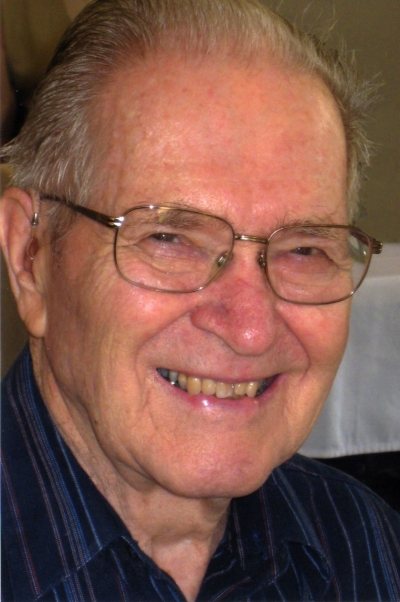 Walter Lewis Dunkley, 93, died November 11, 2011 in Pleasanton, CA surrounded by his family. Walt was born February 15, 1918 in Olds, Alberta, Canada. He will be fondly remembered by his family, Dave and Cheryl Dunkley of Weatherford, TX, Art and Tuny Dunkley of Pleasanton, CA and Ken Dunkley and Catey Low of Montecito, CA, as well as six Dunkley grandchildren: Shana, Blaine, Michael, Dan, Paige and Claire. His loving wife of 64 years, Virginia M. Dunkley, ?Ginie,? predeceased him in 2008. Walt and Ginie raised their family in Davis, CA, and spent many retirement years together at Eskaton Village in Carmichael, CA. During their married life they enjoyed wonderful times with their three sons and six grandchildren as well as worldwide travel.. For the past three years, Walt lived in Pleasanton, CA. His family will cherish the memories of his positive and cheerful outlook, bright smile and sharp intellect. He was a source of pleasant optimism and good humor for all who knew him. No services are planned. In lieu of flowers, donations may be sent to Hope Hospice in Dublin, CA.