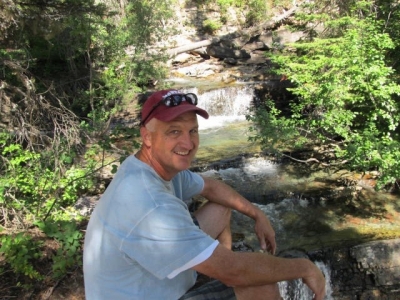 Thomas Edward Northam, 53, former resident of Granite Bay and Pleasanton, CA died on March 1st, 2017 at Sutter Hospital in Roseville from injuries sustained in a car accident on February 18, 2017. Tom was born on 9/22/63 in Redwood City, CA to Ann Northam Hill and the late Raymond L. Northam. He attended Pleasanton schools and played soccer, Little League baseball and CYO basketball. He graduated with an incredible circle of friends from Amador High School in 1981 where he earned all East Bay Athletic League recognition in baseball and basketball. Tom then attended Chico State, where he was a member of Sigma Phi Epsilon Fraternity, and earned a Political Science degree in 1986. After graduation, Tom went to Washington D.C. and was an aide to then CA senator, Pete Wilson, before starting his 30 year career with the Federal Aviation Administration. He started the FAA as an Air Traffic Controller at Concord Tower, was promoted to Bay Tracon in Oakland and then moved in 2002 to NorCal Tracon in Rancho Cordova, where he ended his career as an Air Traffic Control Operations Manager. Tom enjoyed sports. He played on the Tracon softball teams and coached his children’s soccer, basketball, softball and baseball teams in Pleasanton and Granite Bay. He was a board member of Lakeside Little League and recently rejoined the coaching ranks to assist with a friend’s team. He also enjoyed sharing his love of the great outdoors by hiking, fishing and camping with friends and family. Tom is survived by his wife, Stephanie, his children: Jessica, Sara, Samuel and Jacob, his mother, Ann (of Pleasanton), his brother Ken (and his wife Dena, Billings, MT), his sister Kristi Quint (and her husband Frank, Petaluma, CA), four nephews, two nieces and two great-nieces.

Photo Gallery
0 photos Upload a photo
Remembrances
1 entry Submit a remembrance
From Torean
April 14, 2018
I’ve tried to add a remembrance but it’s not accepting it, and this makes me do www assignmentwriting com au more that than. It need to accept my work also.
Memorial service
A funeral mass will be held on Wednesday, March 8th at 11 am at St. Joseph Marello Catholic Church in Granite Bay.
Make a donation
Contributions in memory of Tom may be made to Eric’s Corner (Ericscorner.org), Lakeside Little League – Granite Bay (LakesideLL.org), or the National Parks Foundation (Nationalparks.org).
About this site     Contact us