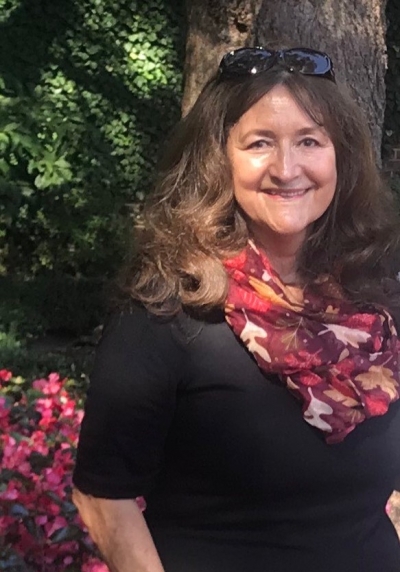 Teresa McCarthy McKinsey, affectionally known as “Terri” and “GMa Terri,” passed away peacefully on March 27, 2021 after a sudden illness. She was 73 years old. Born October 14, 1947, in Oakland, CA, to Francis and Barbara McCarthy, Terri was five-years-old when the family relocated to Palo Alto, CA. She lived in Palo Alto for 63 years, graduating from Palo Alto High School in 1965 and obtaining an accounting degree from De Anza College in 1998. She worked for over 30 years for various companies in the Silicon Valley until her retirement in 2016. Her first marriage in 1965 to Michael Calhoun produced 2 Children Michael and Patricia. On November 8, 1981, she married Dennis McKinsey. They were married for almost 40 years and raised four children in Palo Alto before moving to Livermore in 2016.

Terri was known for her love and dedication to family and enthusiasm for making memories. Her first trip to Disneyland at age 8 launched a lifelong passion for ‘the happiest place on earth.’ As an adult, she and her brother Tim, sister Lauren, and her children, grandchildren and extended family continued to travel annually to the resort, often multiple times a year. Terri also helped plan their annual multigenerational camping reunions, a tradition that has continued for over 55 years. Her endless zest for life kept Terri on the go, attending Giants games for decades and large concerts, including The Rolling Stones in 1965, the last Beatles concert at Candlestick Park in 1966, and more recently, the Rolling Stones concert at HP Pavilion where she and her cousin, Sandy, watched (by invitation) from a special front stage area. Terri was also a gifted artist, creating illustrations in pen and ink, and an avid photographer.

A celebration of Terri's life is being planned for May 15, 2021. For those wishing to make a donation in Terri’s memory, please consider any charity of your choice.