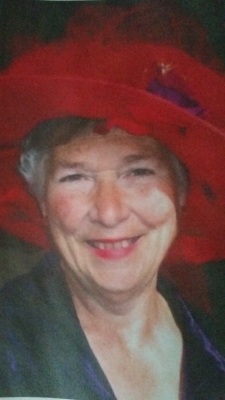 Sherrill Hamilton was born April 17, 1945 in Idaho to parents Glenn and Dona (Fenton) Walker. She grew up in Bellflower, California before her family moved to Dublin during her high school years. She graduated from Amador Valley High School in Pleasanton in 1963 and later graduated from Hayward Beauty College. Sherrill met her loving husband, Herbert Hamilton and were married in 1966. They would have celebrated 50 years of marriage in September. Sherrill was a devoted wife and mother. They had three children together and she stayed home with them when they were young. She was known as an excellent cook who loved to barbeque and no one left her table hungry. She loved gardening, sewing and cherished the Christmas holiday. She treasured her grandchildren and loved spending time with them. She had a generous heart and touched many lives with her presence. She was a beautician who served a number of private clients for many years. She was also a school crossing guard in Pleasanton for 20 years and became known as the â€œSmartie Ladyâ€ for the Smartie candies she routinely gave students. She was a member of two groups of the Red Hat Society and played Mahjong weekly with friends. She is survived by her husband of 49 years, Herbert Roy Hamilton of Pleasanton; her daughters Cindy Twiddy (Tony) of Colfax and Nina Schrote (Tom) of Williamston, Michigan; her son Keith Hamilton (Beth) of Pleasanton; and eight grandchildren Sheryl and Katie Twiddy, Jacqueline, Jacob and Julianne Schrote, Walker, Zachary and Amber Hamilton; her sisters, Patricia Yadon, Marcine Cline and Donna Aston.