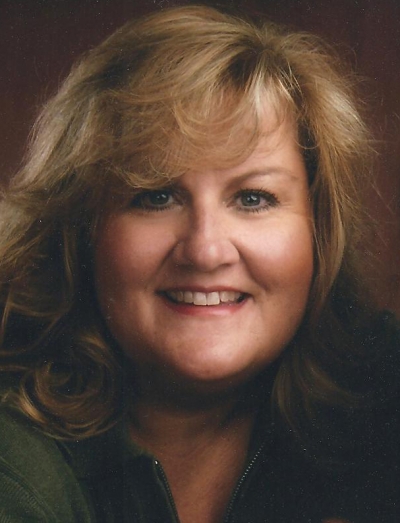 Beloved wife, mother, daughter, sister and friend passed away on Saturday, August 4, 2012 in Clovis, CA after a brave fight against melanoma. She is survived by her husband Bill, son William, father Bob Apple and wife Mary, mother Joy Williams and husband Bill, brother Jimmy Apple, Aunt Denice and Uncle Sam D'Andrea and family, Uncle Larry and Aunt Ruth Apple and family, Aunt Barbie Wilson, Aunt Diane Apple, as well as other relatives and friends too numerous to list. She was preceded in death by infant son James Kirk Van Heusen in April 1993.

Shari was a devoted mother and wife, a generous, loving spirit who brought light to the lives of so many. She took the lead in an assortment of civic and school activities from supporting our troops in the Middle East to bringing about the eScrip program at Alisal Elementary School. Shari also home schooled her son William up through high school. She enjoyed people, talking, reading, writing, arts & crafts and helping to bring about positive changes to our lives. She was excited about life, motivational and inspirational to those that knew her. Her love, support and care will be long remembered. Shari is very much missed by so many!

Memorial service
A celebration of Shari's life will be held from 2 pm to 6 pm on Sunday, October 14, 2012 in the Barley Room of Handles Gastropub located inside the Pleasanton Hotel. Please join us to remember the love and light that was Shari.
Make a donation
In lieu of flowers, a donation can be made at the memorial for a bench and a shade tree to be placed at either Alisal Elementary School or Orloff Park in honor and remembrance of Shari's life. Please contact Gina Landis at (925) 417-7490 or Lori Piper at (925) 846-2334 with any questions regarding the memorial.
About this site     Contact us