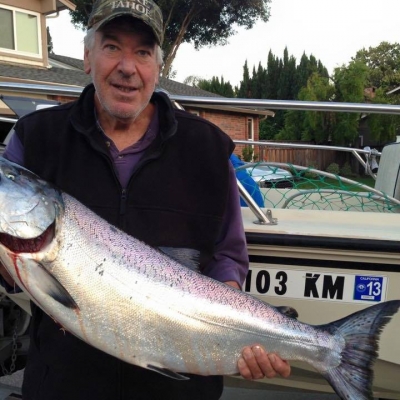 Richard Lee Sharp passed into eternal life at his home in Pleasanton, California on Saturday, January 5th, 2019. He was born in Glendale, California on June 27th, 1946 to the late Joseph and Lorene Sharp. He is predeceased by his beloved wife, Jane Sharp and is survived by his son David (Christine) and granddaughter Natalie, as well as his son, Steven and granddaughters Sierra and Jorga. He is predeceased by his in-laws Jim Nielsen and Catherine Nielsen Trieman and is survived by his sister Nancy Hull (Tom) and their children Jennifer Doherty (PJ) and Stefanie Hull, as well as his brother-in-law Ray Nielsen (Rose) and their children Michael Nielsen and Amy Nielsen (Vinny Silay) and Great Uncle to Katie Nielsen, James and Josh Doherty and Dante Silay. Richard passed away after many years from his battle with Pulmonary Hypertension. Numerous family and friends have loved, supported and helped Richard throughout his battle.

After Rich was born in Glendale, his family moved to Cupertino, California where he grew up and graduated from Cupertino High School. While growing up Rich played multiple sports, went boating and camping with his family and helped his dad build a house in Lake Tahoe, which the family enjoyed throughout the years. Rich was drafted into the Army and served in Vietnam as a Field Medic. After he served, Rich came back to the Bay Area and graduated from San Jose State University. Rich met Jane while they were employed at the Ford Motor Company and they married in 1970. They lived throughout the Bay Area for several years, then settled in Pleasanton in 1974, where they resided and raised their children. Before raising a family, Rich and Jane travelled extensively throughout the United States and Europe, as well as were actively involved in multiple community organizations, especially the Pleasanton Jaycees, where he served as President.

Rich worked as a successful Regional Medical Device Sales Representative for over 30 years, traveling throughout the United States for meetings and conferences. Often, he would bring his family along on these trips, most memorably to Hawaii, or find time to fit in a fishing excursion. Rich was dedicated to his family, always supporting his sons at every sporting event and helped coach his sons in soccer for Ballistic United Soccer Club where they played throughout the western half of the United States, as well as in baseball for Pleasanton American Little League.

Rich was an avid outdoorsman, enjoyed boar and deer hunting at the Nielsen Family Heaven Hill Ranch, as well as duck hunting at the Salinas Gun Club in Gustine, California, where he was a member for 20 years. He enjoyed the comradery of everyone there and loved when he had the opportunity to cook for everyone. Rich’s favorite activity was fishing. He loved to take his Boston Whaler boat out past the Golden Gate Bridge into the Pacific Ocean to fish for salmon and crab. He cherished his multiple fishing trips with his father to Alaska and Canada and was recently able to go back to Alaska to fish with his son.

After Rich and Jane’s boys grew up, Rich and Jane became members of the Pleasanton Tulancingo Sister City Association, where they travelled to Mexico on an exchange visit and enjoyed hosting their friends from Mexico when they visited Pleasanton. Rich was extremely generous, outgoing, full of optimism and had a passion for life. He loved maintaining his vegetable garden, often using the vegetables he grew for home cooked meals he cooked for his family and friends. He loved entertaining at his home and everyone was always welcome.

Celebration of Life is scheduled for Thursday, February 21st, 2019 at 4:30pm at Faz Restaurant in Pleasanton (5121 Hopyard Road, Pleasanton, CA). Burial services will be private.

In lieu of flowers, remembrances can be made to Pulmonary Hypertension disease through the PAN Foundation (panfoundation.org), California Waterfowl Association (calwaterfowl.org) and Golden Gate Salmon Association (goldengatesalmon.org).