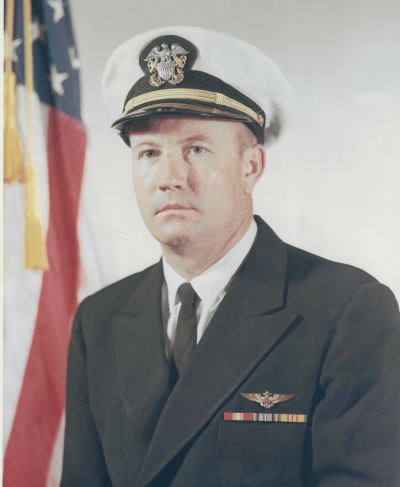 Services are to be held at Graham-Hitch Mortuary in Pleasanton, CA at 12:00pm on Saturday, January 8. An open viewing will be held from 10:00am-12:00pm before the service.

Paul Senden was a loving husband, father, grandfather, and great-grandfather. He attended the University of Missouri where he was a tuba player. Paul was a retired US Naval Aviator having flown the Grumman S2F (Stoof) aboard the USS Bennington, Kearsarge, Philippine Sea, Hornet and other US Navy Aircraft carriers. After retirement from the Navy, he went to work for the Burkhardt company, a premium advertising company. After that, he started his own advertising company, the Senden Company.

He was preceded in death by his wife of 52 years, Billie Jeanine and his brother, John Jr. He is survived by his wife of 9 years, Edith Linnea, and three sons and their spouses, Steven and Sue of Manteca, Scott and Michelle of Phoenix, and Shawn and Betty of Livermore. He also leaves behind 6 grandchildren and 12 great-grandchildren.

Paul was heavily involved in the local Pleasanton community, serving as president of the Pleasanton Valley Swim Club, Pleasanton Little League, and the ElKs Lodge.  He was also an active part of the local Kiwanis.

One of Paul’s favorite things to do was hosting backyard family BBQs, where he cooked his famous ribs.  He also loved attending Pleasanton’s Concerts in Park on warm, summer evenings.

Paul was an avid golfer and enjoyed spending his time in retirement as a golf marshall at Wente Vineyards.  He was also a devout Lutheran who attended Trinity Lutheran Church.

In lieu of flowers, donations can be made to Oakland Children’s Hospital, a charity that was near and dear to his heart.