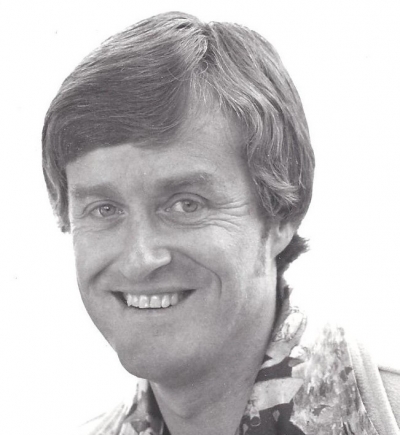 Michael Earl Reichlin (81), beloved son, husband, father, grandfather, and friend passed away on February 18th. He was diagnosed with an aggressive form of cancer after being admitted to the hospital on February 1, 2021. It was a short battle with cancer but that is what he wanted since there was no treatment. He passed away peacefully at home with his son and daughter by his side.

He was born in Oakland, CA to Frank and Ione Reichlin. He worked at PACO Pumps in Oakland from the time he was 19 years old until he retired 43 years later. He started off as the “broom boy” and worked his way up the ladder to Salesman to Sales Manager to Branch Manager. He made lots of friends with his coworkers and clients and kept a lot of them for the rest of his life, they became family.

He married Janet June Reichlin on July 27, 1963. They had two children, Lori Bailey and Michael Reichlin. They moved to Pleasanton in 1967 and were happy to call Pleasanton home for the rest of their lives. He coached soccer teams for his son for years. When Dublin Bowl opened, there were family bowling nights and countless tournaments. He was a great sport when it came to driving everyone around.

He will be lovingly remembered by his two children Lori and Michael. He will forever be loved by his three grandchildren – Travis, Tracey, and Trisha Bailey. There isn’t too much he wouldn’t have done for them. Even after Jan passed away, he kept up all the same traditions she started. Special occasion dinners were celebrated at the Brass Door, giant Easter baskets, finding the pickle in the Christmas tree and so many more that will be continued on in their memory.

He was preceded death by his parents and his dearly loved wife. There will be no services and he is already in his final resting place, next to Jan again.

If you would like to make any donation in his name, Michael always supported The American Cancer Society and the Juvenile Diabetes Research Foundation (JDRF).

The family would also like to thank Care One Home Health, Tri Valley Personal Home Care Services, and APlus Hospice. These caregivers, nurses, and physical therapists were a life line for the family entering a world of unimaginable questions. They were all so compassionate and helpful. They were truly appreciated and needed.