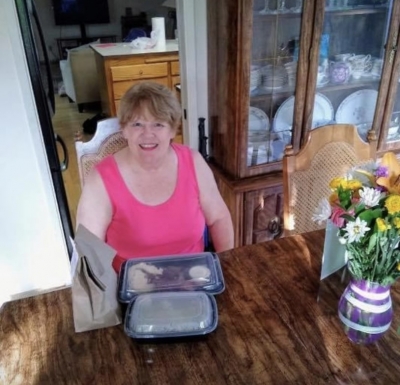 Marjorie Ann (Heath) Muentz born on July 25th, 1941 to Earl and Grace (Miller) Heath in Milan MI. At the age of 16 she graduated as valedictorian from Milan High School. 4 years later in 1962 she graduated Summa Cum Laude from Central Michigan University and moved to California in 1963. In college she felt strongly that women were not valued enough as serious thinkers and wanted to experience New Age culture out in California. After short stays in L.A. and Berkely she got a Masters in English and eventually took a job teaching at Livermore High School where she met her husband Don. They married in 1966 and had two boys, Aaron and Mark. In 1971 they moved to a house in Pleasanton where Marge would live for the rest of her life. Although they divorced after 11 years Don stayed close and they continued to celebrate holidays as a family. Marge also taught English at Chabot College. However she would later start a career in massage therapy which is a pursuit she took very seriously, taking an endless amount of seminars and classes and studying physical therapy, she became proficient in several techniques, always trying to further her education and improve her ability to treat people with chronic pain. At the same time she went back to school to become a Certified Marriage and Family Therapist. She worked out of her home. She also deeply enjoyed english literature, philosophy, and history. However, notably towards the end of her life she seemed to relax her pursuit of intellectual endeavors. After ignoring professional sports for most of her life, she became a big fan of the Giants and Warriors, rarely missing a game. She also enjoyed spending time at the Pleasanton Softball Complex and cheering on the teams that her son played for. She was fiercely independent, but had several close friends that she enjoyed spending time with. She also remained close with her family in Michigan. During the Covid shutdown she spent much time with her son Mark. She died peacefully at home. She is survived by two sons Aaron (Keri) and Mark Muentz, two grandchildren Lydia and Henry, her sister Carol Barrett and brother Chuck Heath in Milan Michigan. She was proceeded in death by her parents and four of her brothers Howard (Eva), Donald (Lois), Jerry (Peggy) and Dick Heath all of Milan Michigan. She also had many nieces, nephews and cousins. Her ashes will be sent to a family burial plot in Milan MI, at some point when possible a memorial get together will take place. A donation in her memory can be made to the Salvation Army.