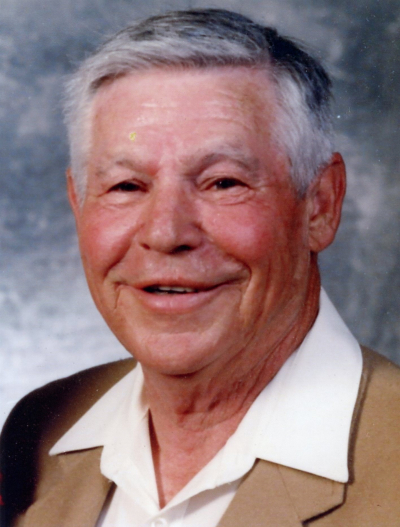 He loved his wife of 65 years who sadly passed in 2021. He enjoyed traveling with his wife, spending time with his two sons, his grandchildren and golf with his friends. He loved sitting on the porch with his wife and talking with the neighbors. He also enjoyed getting together with his fellow UPS retirees.

We were so lucky to have such loving and caring parents and to have them in our lives for as long as we did. Dad we will miss you, but you will always be locked in our hearts, and it comforts us to know you are back together with mom.

Lou was born Louis Michael Russo, on April 4, 1933, in Suffern, New York. He graduated from Tuxedo High School in Tuxedo Park, New York. In 1952 he joined the Navy, where he was an aircraft mechanic in a squadron. Not long after that a couple new recruits joined the squadron, one of those was a redhead who caught his eye. After many attempts of pursuing her for a date and being turned down, she finally accepted, and the rest was history.

Dad and his fiancé were honorable discharged in 1956 and soon married in New York on August 18, 1956. To start their new life together they decided to move to California and start a family. They first moved to Oakland, then soon to Hayward, where Dad took a job working for Pan American Airlines as a mechanic. In 1960 after Pan Am closed, he went to work for United Parcel Service in San Leandro, where he was employed as a route driver in the Livermore area. In November of 1964 they moved to Pleasanton, where they bought a house and raised their 2 boys (Mike & Tim). This was their home for 54 years.

Dad loved golfing on the weekends and in the mid 1970’s got into horse racing. Over a 5-year period he owned 4 horses with one getting beat out by a nose a couple of times which was very exciting. After 5 years of horse ownership, he decided the care and maintenance while working full time was too much for him, so he focused more on his job at UPS, golf, and time with his wife. In the early 80’s he advanced to driving big rigs as a feeder driver and in 1992 after 32 years with UPS, he retired at the age of 59. He now had plenty of time for golf, traveling and watching his grandkids grow-up. In 2018 they moved to Phoenix, AZ to be close to their 2 sons.

On Saturday, April 2nd, from 1:00 – 4PM there will be a Celebration of life at Dads favorite place (the golf course), the celebration will be held at Oakwood Clubhouse, Stone & Barrel Restaurant - 24218 S Oakwood Blvd, Sun Lakes, AZ You may contact Tim Russo @ (925) 872-2633 for more information.