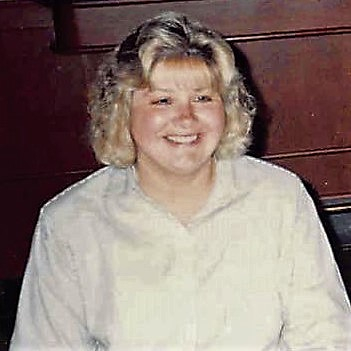 Linda Marie Gill Spiegel passed away peacefully, surrounded by her daughters, on July 28, 2021 at the age of 67.

Linda was born the first of four children to Kenneth Paul Gill and Mary Margaret Stauder Gill on April 7, 1954 in St. Louis, Missouri. With a father in sales, she moved all over the country as a child before settling in Alamo, California, where she attended and graduated from Carondelet High School in Concord, California in 1972. She always spoke fondly of her years attending the prestigious all female Catholic school, which offered opportunities for strong women in a world not quite ready for female leadership.

She then attended and graduated from California Polytechnic State University in San Luis Obispo, California in 1976 with a Bachelor’s of Science in Journalism. While at “Cal Poly,” she made many lifelong friends and mastered her skills as a writer and editor.

Linda was an orator and scholar of the written word. She loved expressing herself in speech and writing, and was well known for her words of wisdom. She was also a professional editor and is likely upset that she is not able to edit this obituary!

Linda was the mother of two children, Kaitlin and Sarah Spiegel, who were the lights of her life. She spent her free time devoting her life to volunteerism with the Girl Scouts of America, Foothill High School Marching Band, and Foothill High School Choir. Many youth in these communities considered Linda “Roadrunner” a surrogate mother.

Linda is preceded in death by her father, Kenneth Paul Gill. She is survived by her daughters, Kaitlin Ann Spiegel of Newton, Massachusetts, and Sarah Elizabeth Spiegel of New York, New York. She is also survived by her mother, Mary Margaret Stauder Gill of Vancouver, Washington, sister Amy Gill Powell of Vancouver, Washington, brother Michael Gill of Vacaville, California, and brother Thomas Gill of Pioneer, California.

Linda was a devoted mother and daughter, always putting the needs of family before herself. She leaves behind a legacy of selflessness, and a void in the lives of her family and friends who loved her dearly.

A small private service will take place in the coming months. In lieu of flowers, please consider sending donations in honor of Linda Marie Gill Spiegel to the Girl Scouts of America.

Memorial service
A small private service will take place in the coming months.
Make a donation
In lieu of flowers, please consider sending donations in honor of Linda Marie Gill Spiegel to the Girl Scouts of America. https://www.girlscouts.org/en/adults/donate.html
About this site     Contact us