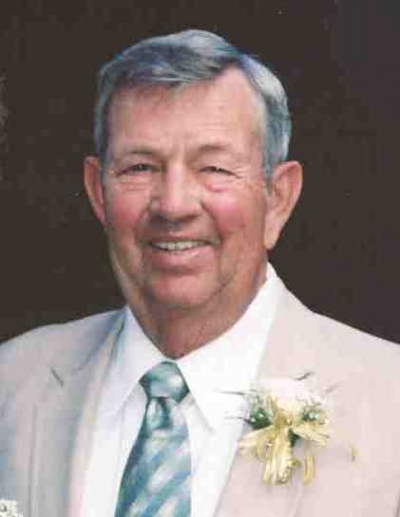 Lee Roy McGalliard, 81, passed away peacefully on March 3, 2012 with his daughter by his side. Lee was born in Miami, FL and raised in Pelham (Cotton), GA. As a young boy he worked in the fields picking cotton, as a grocery bag boy, in a diner and at the Coats & Clarke thread mill. He played semi-pro baseball and retained his love of the game throughout his life. In 1950 he joined the Navy serving on the USS Boxer during the Korean War and was stationed at Moffett Field. Near the end of his enlistment he met Nita at a dance in Stockton and they married 6 weeks later. Upon Lee?s honorable discharge they moved to Pelham, GA for a brief time before returning to CA where they lived in the Bay Area throughout their lives. Lee retired as Battalion Chief after 30 years with the Moffett Field Fire Department. A part-time job in 1963 at the Saratoga Horticultural Foundation grew into a passion for Lee. The knowledge he gained inspired him to start Lee?s Landscape & Maintenance which he ran for over 40 years before relocating to Pleasanton in 2006. It was his nature to teach anyone with an interest how to prune and care for their trees, shrubs, and especially roses.

Lee was a 3rd degree Mason over 50 years at Pelham GA Lodge 312, 32nd degree Scottish Rite Mason over 40 years, and an Asiya Shriner over 35 years. He was past president of the Shrine Golf Club. Lee was an avid golfer. Lee & Nita were past members of Saratoga Country Club. He and son-in-law Keith won the Santa Clara County 2 Man Best Ball tournament in 1985.

Lee was a devoted husband, father, grandfather. Most of his adult life he worked two jobs at a time. He was extremely proud both his grandsons attend Santa Clara University. Lee was predeceased by his dearest darling wife of 55 years Nita, son Mark, granddaughter Ashley, his parents and 6 brothers and sisters. Lee is survived by his daughter Jan Wheaton (Keith), his adoring grandsons Curtis & Scott, all of Pleasanton, and many nieces & nephews. Lee loved to be around people and everyone found his southern charm engaging. He was a good friend to all who knew him and will be dearly missed by many friends and family.

Photo Gallery
0 photos Upload a photo
Remembrances
2 entries Submit a remembrance
From Nancy Falcone
March 14, 2012
I feel lucky to have to known dear Lee. His story telling was entertaining and his southern charm undeniable. He was a gentle man, and an honorable man through and through! I will miss him!
Video
Upload a video