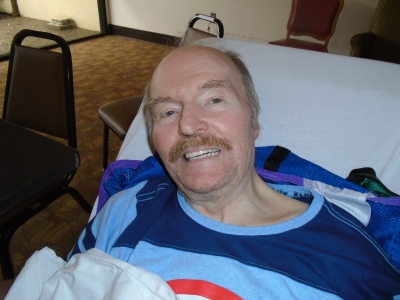 Beloved son of Ann Carolan Kelly Nelson & Edward Kelly. Kevin was preceded in death by his parents and siblings Helen Dudenhoffer and Edward Kelly. Kevin is survived by daughters Heather Kelly and Tara Kelly and many nieces, nephews and great nieces and nephews. Kevin was born in Brooklyn, NY and lived and attended Catholic Schools through High School in Queens, NY. He attended NY Queens College & Brooklyn College. Kevin served in Naval Reserve and saw action during the Vietnam era. Upon discharge worked for America Airlines then Trans International Airlines which allow him to travel the world. Kevin moved to California in 1970 and settled in “P-Town” Pleasanton, CA in 1975. A devastating car accident in 1982 revealed what a fighter Kevin was. All of his Doctors predicted he would never walk or drive again, Kevin proved them all wrong. However it did cut a promising career short. Kevin moved to Sonora in 1992. Unfortunately due to compilations from accident Kevin was placed in a Skilled Nursing Facility in 2009. Kevin lived the remainder of his life in these care facilities. Kevin loved his daughters, the water and mountains. A Memorial Service and Mass will be planned for the Spring. His cremated remains will be interned at the National Veterans Cemetery in Santa Nella. Please direct correspondence to Tara Kelly PO Box 7146 Santa Cruz, CA 95061