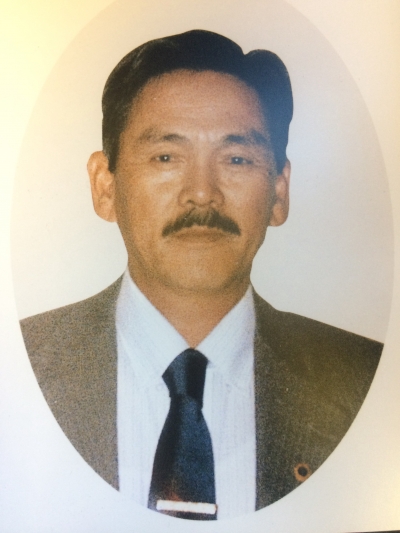 Kazuo "Kay" Hatsushi, a resident of Pleasanton since 1971, passed quietly surrounded by his family on Christmas Day, December 25, 2017. He is survived by his wife of 64 years, Takiko, his two sons, Mori and Ted, his daughter, Amy Hatsushi-Hughes, his brothers Mutsuro and Satoru Hatsushi, and his sister, Yoko Hiramine. Preceding him in death were his brothers Yasuo and Masaru Hatsushi. He is also survived by his grand children and one great grand child. Kay was born in Kagoshima, Japan, on January 5, 1931. He was the son of a farmer, and in his youth was himself a farmer, a coal miner, and a beekeeper. In 1955, southern Japan was devastated by a typhoon. Kay became an evacuee, and with more than 100 other Japanese men who would become his lifelong friends, immigrated to the United States. Penniless, he was under a three year contract to work the fields in Visalia. In 1956, he had saved enough to bring his wife to the United States. Together, they proudly became citizens of their new country, worked the fields, and raised a family. After working the fields for four years, Kay moved his family to Fremont where he made his living as a gardener and landscaper. He soon saved enough to purchase an 8 acre parcel on Decoto Road. In 1962, he opened Hatsushi Nursery. In 1971, he moved the family and the nursery to a 16 acre site on Vineyard Avenue in Pleasanton. The nursery flourished until it was sold to Western Garden Nursery and Tri Valley Concrete in 1999, and the family retired. Among his many accomplishments, Kay opened the first Japanese restaurant in the Tri Valley, built homes and an office building, operated successful landscape and janitorial businesses, raised cattle, and provided jobs and other opportunities to hundreds of people, both in the United States and Japan. He was twice featured in documentaries which aired in Japan, and was a guest lecturer at universities in Japan. He was a founding member of the Southern Alameda County Buddhist Church in Union City, a member of the Pleasanton Chamber of Commerce, and a member of the Pleasanton Lions Club for over 25 years. He received many trophies, awards and ribbons for his landscape exhibits at the State Fair, and at various county fairs, and commendations for his charitable work. He donated the bonsai and other plants at his church, Peace Plaza in Japantown, and Valley Care Hospital, to name but a few. In 1999, Kay authored an autobiography called, "Making Dreams Come True--Gardening as a Footing in Business." Services will be at the Southern Alameda County Buddhist Church, 32975 Alvarado-Niles Road, Union City, on Sunday, January 7, 2018 at 1:00 p.m.

Photo Gallery
0 photos Upload a photo
Remembrances
2 entries Submit a remembrance
From Eliana Hermione
April 18, 2018
The opening of leggings before the fire on Christmas morning in a room whose entryway was bolted overnight; we once overlooked where we had left the key is the genuine beginning of Christmas. It is just now that grandchildren have arrived that I have...
Read more
Video
Upload a video