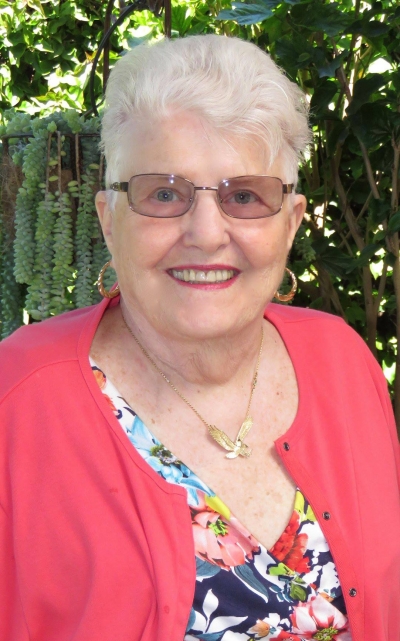 Kathryn Anne Foley passed away peacefully with her husband of 54 years by her side on 5-31-2019 of ovarian cancer. She was born August 6th, 1943 in Newark New Jersey. She was the only child of Ernie and Peggy Simpson growing up and living the normal ‘50s childhood in New Jersey. She was adored by her father who wrote many touching letters to her while he was away during the war. After graduating high school, she graduated from St. Vincent’s School of Nursing, NYC in 1964 as a registered nurse and worked at Mountainside Hospital in Montclair, NJ.

Kay met and married her husband of 54 years Peter Foley becoming Kay Foley. Peter and Kay had two children, Maureen and Peter Jr while in New Jersey and eventually moved to the west coast, settling in Fountain Valley CA. Kay had a “green thumb” and created elaborate gardens in every home in which she lived. Kay’s passion was decorating for holidays especially for the Christmas where she is especially known for her elaborate decorations. Her love for Christmas was shared by all who had the privilege of knowing Kay. When you think of Kay, you always think of Christmas! Kay and her husband relocated to Pleasanton, CA in 1985 to a home that would eventually house three Christmas trees! Kay’s family grew to six grandchildren and she ensured they all enjoyed and shared in the excitement of Christmas.

Dolls, dolls, dolls, Kay had them on the Christmas trees and dressed them up for the holidays. There was a standing joke, “watch out or she will decorate you too!” She introduced her three granddaughters to the American girl doll mania and made sure they had plenty of doll clothes, accessories, and would enjoy the values taught through their stories. Another of Kay’s passions was shopping. Kay loved to shop, she did this for sport and got the utmost most satisfaction when she got a good deal! Kay’s grandsons were the recipients of many a good deal. Kay always had a good sense of humor, she could even laugh at herself. When she did something funny, it was often coined as a “Kayisim” and all could have a good laugh.

Kay was always a good person to talk with when you needed guidance, and she volunteered to help people through her many friendships and her church community. She was a volunteer from the years 1989 - 2012 at St Augustine's parish for the RCIA program which guided many people to find and accept the Catholic faith. She had two bichons, Murphy and Duffy who she loved deeply and were her faithful companions for many years. When her husband Peter retired, they enjoyed the Southern California lifestyle while living part time in both Palm Desert and Fountain Valley. When they weren’t traveling the globe or hopping from one social event to another they were enjoying their beautiful homes and spending time with their family. Kay often would say, “I don’t need to go to a resort I live in one every day.” During the winter mornings she would marvel at the purple mountains as the sun rose in Palm Desert while she sipped her coffee. Kay had a full rich life filled with love and family, she will be greatly missed and will live on through her family and deep circle of friends.