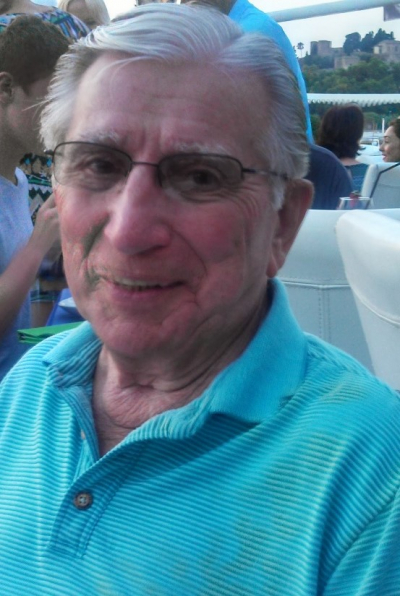 He was a first generation Spaniard born at Hayward Hospital October 15, 1928. He was an only child who learned how to read and write English then taught his immigrant parents. While Joe didn’t finish high school, he did attend Stanford at the age of 15 and graduated from San Jose State in the first engineering class with honors.

His early career was with the City of San Leandro. Soon after he met Helen Louise Conway while cruising on the San Leandro strip. They married in 1953 and had three children: Steven, Joy and Jimmy. After leaving the City of San Leandro he started his own small construction company, Bautista Construction, building mainly in San Leandro and the East Bay. His success allowed him to retire at a somewhat early age. He and Helen travelled all over the world, until her death in 1987.

Joe found love again with Sharry Greene, his 2nd wife, and continued to travel extensively, mainly on cruises. (His lifelong travels led him to set foot on every continent, except one.) They enjoyed golfing at Castlewood Country Club. Unfortunately, Sharry passed away after almost 25 years of marriage.

Joe loved the Raiders, taught 4-H and coached baseball while his children were growing up. He enjoyed spending time with his family, piecing together jigsaw puzzles and solving sudoku. He always had a joke or a story to tell: being the life of the party. He lived life to the fullest. He is survived by his three children, 4 grandchildren and 1 great-grandchild.

Photo Gallery
0 photos Upload a photo
Remembrances
0 entries Submit a remembrance
Memorial service
Services will be postponed 'til Summer of 2022.
About this site     Contact us