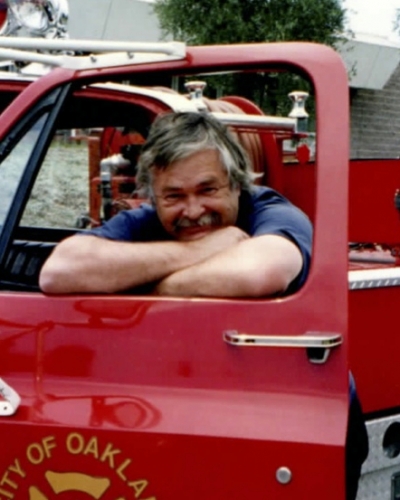 John passed away on Friday, June 12 after a hard fought, 3 year battle with cancer. He passed away peacefully at home with his family by his side.

John was born in Oakland CA and graduated in 1964 from Skyline High School in Oakland. He attended Cabrillo College before enlisting in the Marines and fighting in the Vietnam War from 1966-1968 where he was the recipient of 3 Purple Hearts.

He joined the Oakland Fire Department in 1970 and retired after 31 years of service.

He is survived by his wife Chris of 45 years, his daughter Nicole and her partner Marcus, his son Steve and his wife Dawn, his grandchildren Stoney and Alexa, Austin, J.T, Sam, Hayden and Shane, and his great granddaughter Shayleigh. He was also blessed with many very close friends who will miss him dearly.

Donations may be made to: VA Palo Alto Health Care System for General Fund # 2202 or American Cancer Society.