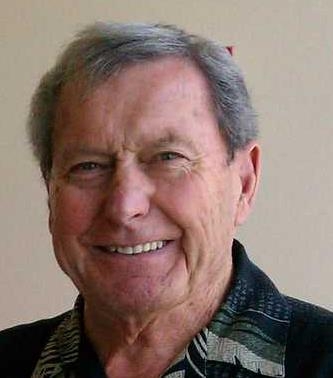 John (Jay) Harris, a 50-year resident of California, passed away peacefully on Sunday, December 16 in Livermore. He was predeceased by his daughter, Sandra Harris. He is survived by his children, Barbara Lynn Jarnagin of Brentwood, Patricia Ann Takens (Bruce) of Pleasanton, John Robert Harris II (Bobbie) of Pleasanton, and Megan Lighty (John) of Livermore. He is also survived by five grandchildren and seven great-grandchildren. John (Jay) was proud of his service in the Air Force and loved to wear his Air force cap. The family would like to thank the VA Medical Centers in Livermore and Palo Alto for their excellent care. John (Jay) lived the last ten years making many friends at Ridgeview Commons in Pleasanton. He owned The Coral Drive-In in the early '70's, Towne House restaurant in the '80's, and Pane In the Glass window washing business thereafter for many years. Mass and private burial January 3 at St. Michael's Livermore. In lieu of flowers, family requests that any donations be made to a charity of your choice.