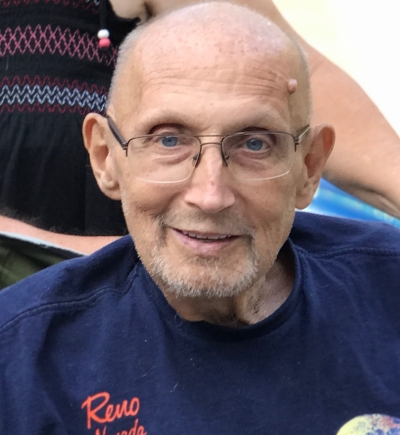 Heaven gained an angel on Saturday, January 13, 2018 when John Eugene Holst, 70, a 30-year resident of Pleasanton, passed away. He was born in Newark, NJ and moved to the Bay Area with his family in 1982. He proudly gave his service to our country as a Vietnam Veteran. John was an avid San Jose Earthquakes and Golden State Warriors fan. He was a referee, coach and mentor for the Pleasanton Soccer Associations (PGSA, RAGE, BUSC, & PSRA) for over 20 years. John worked for AT&T and retired after 30 years of service. He recently moved to New Jersey to go back to his roots and reunite with his family. He is survived by his wife, Lumencia (Ribon) Holst of Middletown, NJ; his daughters Alexandria (& husband Michael Snow) of Livermore, CA, Christine of Acworth, GA and Kimberly (& husband Derek Lofgren) of Middletown, NJ; his son John W. Holst of San Francisco, CA; his three grandchildren; his brother Kenneth Holst of Wall Townhsip, NJ; his sister JeriAnn (& husband Gerard Melillo) of Long Branch, NJ; and an abundance of close extended family all around the world.

Photo Gallery
0 photos Upload a photo
Remembrances
0 entries Submit a remembrance
Memorial service
Services will be held Saturday, January 20th at 9:30am at The Church of Saint Catherine Laboure, 110 Bray Ave, North Middletown, NJ 07748.
Make a donation
Memorial donations may be made to the Monmouth Medical Center - Hospice Facilities. Link: https://www.barnabashealth.org/Specialty-Services/Home-Care-and-Hospice/Support-Hospice/Support-Hospice.aspx
About this site     Contact us