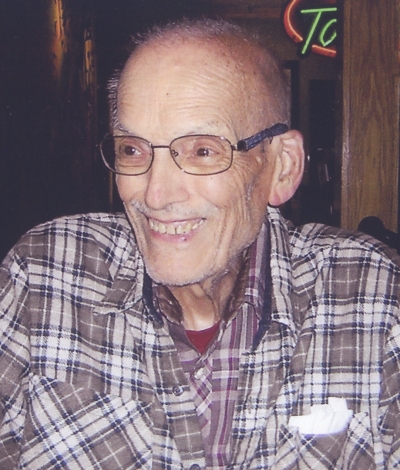 Jim Blades, 93, died Dec. 25, 2012, at his Pleasanton home with his wife of 68 years, Margaret, and his family at his side. He will be fondly remembered by his children, John, Annis, Liz and Rick; grandchildren Lisa, Brian, Tony, Olivia, Skye, and great-granddaughter, Daisy Elizabeth.

Jim was born in Chicago on Dec. 23, 1919. His parents moved to Brooklyn in 1931 where Jim attended Brooklyn Tech in preparation for MIT. It was in Brooklyn that Jim joined the Police Athletic League, and was the oldest known living member of PAL.

Jim joined the Navy during WWII, and after his discharge married Margaret Annette Moore in Montreal on Dec. 19, 1944. Both Jim and Margaret?s families were from the Caribbean. Jim met Margaret on the island of Barbados where her family lived when he was 8 and she was 5.

Jim and Margaret initially settled in Brooklyn where son John was born in 1946. They moved to Orinda in 1947, where Jim found employment at the UC Berkeley Radiation Laboratory. By 1954, the family had grown to include Annis, Liz and Rick, so the family moved to a larger home in Danville. The family moved again in 1971 to Pleasanton, this time to find a special home that could also accommodate Jim?s parents, and also so that Jim could be closer to the Lawrence Livermore Laboratory where he worked until he retired in 1980 as Chief Draftsman.

Jim will be remembered as a great teller of stories, who never passed up the opportunity to capture the ear of any who would listen. He will be greatly missed by all who knew him.

Jim was a 33rd degree Mason. A Celebration of Life will be held on Saturday, Jan. 26, at 2 p.m., at the Pleasanton Masonic Center, 3370 Hopyard Rd. Please RSVP by leaving a recorded message at (925) 519-0034 (Annis). A memorial service at St. Claire?s Episcopal Church, Pleasanton, will be planned for a later date.