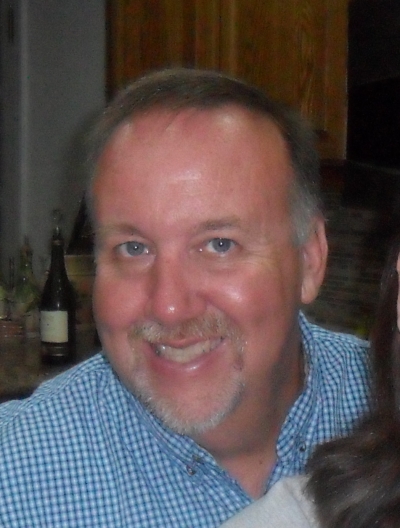 Jeffrey Scott May passed away on Saturday, November 10th after suffering a heart attack. His passing was a shock and he will be greatly missed. He leaves a lasting legacy as an exemplary father, husband, coach, artist, and man of faith. Jeff was born in El Dorado, AR and graduated from Jacksonville High school. He attended the University of Arkansas, earning a B.S. in Electrical Engineering. He also held a M.S. in Electrical Engineering from Southern Methodist University. Jeff had a long and successful career as an engineer. From 1983 to 1991, he was a Sr. Systems Engineer at General Dynamics, where he designed and developed software for the F-16 fighter plane. He worked for SBC and AT&T as a Senior Technical Architect leading software development from 1996 to 2008. Jeff then worked over ten years at Amdocs, holding titles including Software Development Manager, Sales Director, and Executive IT Architect. Jeff will be remembered for his dedication in service to the Pleasanton community. He faithfully loved and attended Valley Community Church for over 20 years. He and his wife Kristi, welcomed children in need of temporary foster care into their home through the organization Safe Families. He served as a Coach and Vice president of the Pleasanton Lacrosse Club for seven years - molding the lives of many young men. Jeff also coached youth football, basketball, and baseball for many years, and coached lacrosse at Foothill High School. Jeff had a passion for Fine Art, and drew from a young age, but dedicated himself to it as a hobby around the age of 50. He leaves behind a large and prolific body of work from his classes and personal endeavors. Jeff is survived by his wife, Kristi May, of 35 years; his mother, Charlotte Perdue of Little Rock, AR; and his children, Jacob May of Oakland, Clint May and his fiancée Catherine Cheney of Pleasanton, and Justin May and his wife Corinne May of Greensboro, NC. All of his children are graduates of Pleasanton’s Foothill and Amador Valley High schools. Friends and Family are invited to a service on Saturday Nov. 17, 2018 at 11 a.m. at Valley Community Church, 4455 Del Valle Pkwy in Pleasanton. In lieu of flowers, suggested memorial donations are to the Wounded Warrior Project, Shepherds Gate in Livermore, and Valley Community Church.

Memorial service
Friends and Family are invited to a service on Saturday Nov. 17, 2018 at 11 a.m. at Valley Community Church, 4455 Del Valle Pkwy in Pleasanton.
Make a donation
In lieu of flowers, suggested memorial donations are to the Wounded Warrior Project, Shepherds Gate in Livermore, and Valley Community Church.
About this site     Contact us