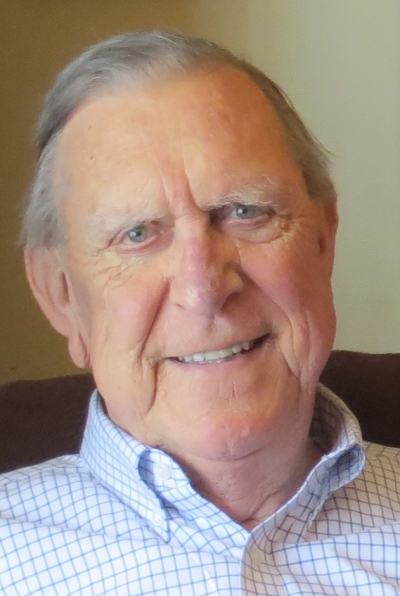 James Farrel Pruett, 82, a long-time resident of Pleasanton, passed away surrounded by his family at St. Joseph’s Hospital in Stockton, CA. Farrel was born on a farm near Bloomfield, MO to Oscar and Myrtle Pruett on July 27, 1934. He was the 9th child and the 7th son. He attended a one-room school at Acorn Ridge near the farm, where he graduated from the 8th grade, after being the only student in his class from grades 6th through 8th. He entered 9th grade at Bloomfield High School, where he first met Anne Cooper, who would become his bride in 1956. They graduated high school together in 1952. He kept the promise he had made his parents when he started high school—that he was not going to stay on the farm, but go to California. Four of his brothers and one sister were already in Southern California establishing their families. Two weeks after graduation he drove cross-country, taking his parents with him. When his parents returned to the farm in Missouri six months later, he remained in Thousand Oaks, CA living with his sister. He went to work at Camarillo State Hospital, where he was trained as a Psych Tech. Two years later, he enlisted in the Air Force. After basic training in Cheyenne, WY. he was stationed at Parks Air Force Base in Dublin, where he served as a Psych Tech at Park’s 1,000-bed hospital. In October 1956 he took a leave to drive cross country alone to Missouri, where he married Anne Cooper on Oct. 14, 1956. They made their home in Pleasanton and after his discharge from active duty he began his college career at San Jose State, graduating with a bachelor of science in nursing in 1962. He was one of the first two males to graduate from San Jose State’s School of Nursing. During his four years at San Jose State, Lisa Anne was born, Feb. 22, 1959 and Gregory Farrel came into the world on Dec. 22, 1961. It was also at this time that he was commissioned as a 1st lieutenant in the Air Force Reserves. He spent the next 24 years serving weekends and one month of active duty yearly at David Grant Hospital, Travis Air Force Base, in Fairfield. He eventually became Chief Nurse. During those years, he decided to go back to San Jose State and get his Master’s Degree in Public Health Nursing, which he received in 1972. He retired from the Air Force in 1990 with the rank of Colonel. In 1989, he retired from Agnews Developmental Center. Farrel was a proud, loyal and loving husband, father, grandfather, uncle and friend. He had never known his own grandparents, who had died before he was born. He loved being “BACA” to Spencer, Tyler and Maddie (as well as their friends, who also called him BACA, the name originating from his first grandchild, Spencer Richardson’s, mispronunciation of Grandpa). He was active in the Pleasanton Presbyterian Church for 40 years, serving on numerous committees, serving as a Deacon and singing in the choir. For 10 years, he was the lead guitarist and a singer in HOMECOMING, a contemporary Christian singing group, sponsored by the church. He was a founding member of the Balloon Platoon, which also was sponsored by the church and a Cursillista, having made his Cursillo in 1975. Music was an important part of his life from the time he learned to play the guitar and mandolin at the age of 5. Every member of his family played a musical instrument, except for his mother. He prided himself that he had “perfect pitch”, a rare talent for even some professional musicians. He had a beautiful baritone voice and loved to sing. When he had to have 3 surgeries on his hands for Dupitrin’s Contracture, he was devastated that he could no longer play his beloved Gibson guitar. Among his other talents were oil painting, working with stained glass and refinishing and restoring furniture, including two pieces from the original Presbyterian Church on Neal Street in Pleasanton. In retirement, he and Anne went into the antiques business, and for 11 years traveled the western states doing antique shows for different promoters. They lived in their Vineyard Avenue home in Pleasanton for 49 years. In October 2015, they moved to Stockton to be closer their children. He enjoyed life in Stockton for 15 months, celebrating family birthdays, Thanksgiving and Christmas and their very special 60th wedding anniversary last October. He is survived by his wife Anne (Cooper) Pruett, of Stockton; son Gregory Farrel Pruett (Jamie), of Stockton; daughter Lisa Anne Richardson (Dan), of Rio Vista; grandson Spencer Richardson (Christine), of Anaheim; grandson Tyler Pruett and granddaughter Madeline Pruett, both of Stockton; sister Geraldine (Pruett) Ridenhower, of Mt. Vernon, IL; and 3 generations of nieces and nephews along with many loving friends. He was preceded in death by his parents, Oscar E. and Myrtle Ethel (Braddy) Pruett, his sister Gladys (Pruett) Young Hill, his 6 brothers, Hurshel, Clell, Emmett, Curtis, George and Dallas Raymond “Bud” Pruett and their wives, along with several nieces and nephews.

Photo Gallery
0 photos Upload a photo
Remembrances
2 entries Submit a remembrance
From Lois Cissell
Feb. 26, 2017
I enjoyed many years working with Jim from 1976-1989 when he retired. We had adjoining offices and often spent some time before work started talking about life and sharing some new jokes. Jim was a wonderful friend at work and he and Anne have been ...
Read more
Memorial service
Interment, 2:30 p.m. Monday, March 6 at Sacramento Valley National Cemetery, 5810 Midway Road, Dixon. Celebration of Life, the Atrium, Hampton Inn and Suites, 800 Mason St, Vacaville.
Make a donation
Shepherd’s Gate, 1660 Portola Ave., Livermore, CA 94551
About this site     Contact us