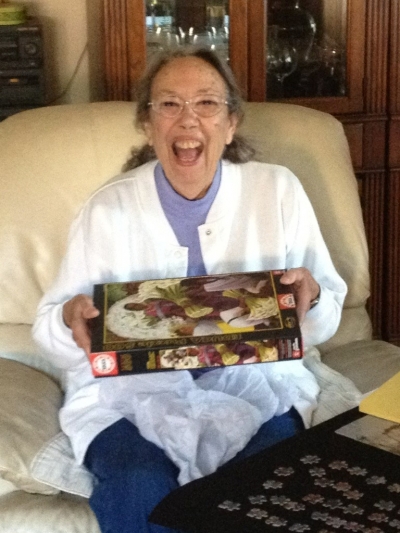 Jacklyn (Brown) Morrison died peacefully at home on July 9, 2021. She was 89 years old. Jackie was born in Livermore, CA to Raymond and Jessie Brown. She grew up on the family cattle ranch outside of Pleasanton. She maintained the friendships of many fellow students throughout her life from Pleasanton Grammar School and Amador High (1949 graduation). She met her future husband Collin Morrison at Heald's Business College where she graduated. Jackie was employed at California Research & Development Co in Livermore and then at Livermore Radiation Laboratory until she married in 1953.

They had four children: Doug from Utah, Rae from Chico, Jean from Santa Cruz and Don from Chico. Jackie spent many years while the children were young fundraising for the Heart Fund and the American Cancer Society. She was involved with local PTAs as well. She enjoyed and supported her children's activities from Brownies to baseball and basketball games. As the family became involved with competition water skiing, Jackie enjoyed many new friendships and became a respected tournament judge and boat driver.

When the children grew up, Jackie moved to Oakland and then Santa Cruz area and worked at LDS Trucking and then the County of Santa Cruz for many years. Jackie always became involved in town activities acting as admin, treasurer, a helping member of groups in the towns she lived. Traveling with friends and family and her friends' companionships enriched her life during this time. Retiring at 80 years old, Jackie spent her last years enjoying her community at Paloma Del Mar, a senior housing community in Freedom, CA, and keeping abreast of her children, grandchildren and great grandchildren, always taking a supporting role with their interests. Jackie loved flowers, the ocean, gardening, reading, art, history, sunsets, playing board games with the family and so much more.

In lieu of flowers, donations may be made in Jackie's name to Hospice of Santa Cruz County.

Photo Gallery
0 photos Upload a photo
Remembrances
0 entries Submit a remembrance
Make a donation
.
About this site     Contact us