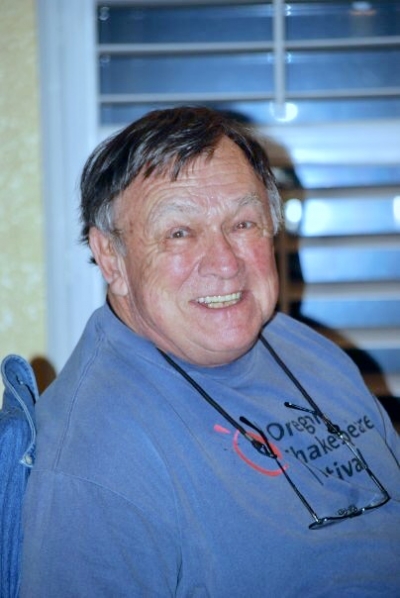 Howard Seebach passed away from heart failure in this home at Heritage Estates, Livermore, CA, on January 23. He was 89 years old.

He was born in Germantown, PA, to Louis and Mildred Godfrey Seebach, the older brother of George Louis Seebach. Howard graduated from Wilmington (DE) Friends School, the University of Delaware and then Cornell University with a M.B.A. in 1960.

He served in the Army for six years and was honorably discharged as Captain and Commanding Officer of a Basic Training Unit in Fort Hood, TX. While in Germany, he served as 2nd Lieutenant, Company Commander, 510th Tank Battalion, 5th Corp. It was in Germany that he married his first wife and mother of his four children, Alma Stevens Seebach, who was an American teacher on the base. Howard later married Emilie Green in 1988 and enjoyed 24 years of marriage, until her death in 2012. Howard worked with the DuPont Company for over 30 years in sales and marketing leadership roles and, after he retired, produced Sales Meetings with his wife Emilie, as Seebach & Seebach. After retirement, Howard served as Pleasanton, CA Parks & Recreation Commissioner and later Civic Arts Commissioner. He was very active at Livermore Presbyterian Church, serving on Pastor nominating committees and in the Session.

Howard loved a stage, an audience, a good story and a good joke. He loved his family and his friends from all parts of his life. He loved an adventure. One of his favorite quotations was “Life is not a journey to the grave with the intention of arriving safely in a pretty, well-preserved body, but rather to skid-in broadside, thoroughly used up, totally worn out, proclaiming, wow what a ride!”

The Celebration of Life service and reception will be held on Saturday, Feb. 8 at 1pm at Livermore Presbyterian Church. Online condolences may be made at https://www.legacy.com/obituaries/name/howard-seebach-obituary?pid=195150171 In lieu of flowers, please donate to a scholarship fund at YMCA Camp Tockwogh, www.ymcacamptockwogh.org.

Memorial service
First Presbyterian Church of Livermore 2/8/20 1:00pm
Make a donation
In lieu of flowers, please donate to a scholarship fund at YMCA Camp Tockwogh, www.ymcacamptockwogh.org.
About this site     Contact us