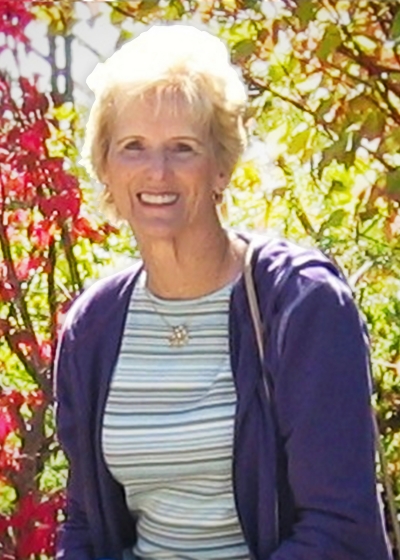 Gloria Jane Watson, a long-time Pleasanton resident and beloved wife, mother, grandmother, sister and friend, passed away peacefully on Saturday, February 15 surrounded by her family after fighting a long battle with kidney disease.

Gloria was born in Oakland, California on March 19, 1937. She graduated from St. Elizabeth High School in Oakland, where she was very active in sports such as basketball and softball. After high school, she worked for the Office of the Alameda County Superintendent of Schools. In 1959, she met her husband Robert Watson and they married in 1960. They lived in San Leandro and started a family before moving to Pleasanton in 1965. Gloria worked for a pediatrician and then several different attorneys as a legal secretary until she retired in 1999.

Gloria and Bob loved to travel and be in the outdoors. She enjoyed playing golf with her husband and close friends at different golf courses in California, Nevada and Arizona. She was a member of the San Ramon Women’s Golf Club and was the club champion in 2001. She loved boating and waterskiing on the San Joaquin Delta with her family during the hot summer months.

Gloria loved creating beautiful ceramics and was an avid painter. She displayed her works in the Alameda County Fair and won many awards. She also very much enjoyed attending concerts in the park on Friday nights as well as entertaining in her home.

Gloria is survived by her husband of 60 years, Robert Watson, her children Sharyn Roloff (Rod), Jeff Watson (Michelle) and four grandsons, Aidan Roloff, Jyles Watson, Logan Roloff and Vaughn Watson as well as her brother, Paul DelChiaro. She is preceded in death by her parents, Peter DelChiaro and Maude Kayser, her sisters June Stables, Barbara Bas and her brother Peter DelChiaro.

Friends and family are invited to Gloria’s Celebration of Life on Friday, February 21 at 4:00 p.m. at Graham-Hitch Mortuary, 4167 First Street in Pleasanton.

Photo Gallery
0 photos Upload a photo
Remembrances
0 entries Submit a remembrance
Memorial service
Friends and family are invited to Gloria’s Celebration of Life on Friday, February 21 at 4:00 p.m. at Graham-Hitch Mortuary, 4167 First Street in Pleasanton.
About this site     Contact us