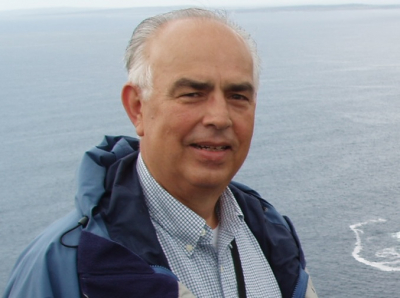 Fred Badal was born the third child of Abraham Baba Badal and Johanna Badal of Turlock, where his father was the pastor of the Assyrian church. He grew up on the family farm and graduated from Turlock High in 1956.

His love of learning took him onto Modesto Jr. College where he earned an AA Degree. Then to San Jose State with a BS Degree in electrical engineering in 1961. From Santa Clara he received an MBA, from Stanford, an Engineering Degree.

Fred gained work experience with PG&E, engineering experience with Lockheed Martin and was hired by GTE where he worked until he retired. While there he was sent on jobs to The Philippines, Sinop, Turkey, England, and Germany.

In May, 1967, Fred met the love of his life, Bettie, and married her a year later in August 1968. They started their lives together in Saratoga where they had 3 children. Natasha, Carolyn, and Christopher. Some of Fred’s hobbies included flying Cessna 172’s and Piper Cherokee Aircraft in the 1960’s, playing Bridge, reading and studying Biblical Archaeology, history, theology and business trends.

Fred suffered from and succumbed to congestive heart failure with his wife, Bettie and daughter Carolyn by his side. He is survived by his wife Bettie, daughters Natasha, Carolyn and son Chris, grandsons Zachary and Lucas and sister Norma Claes.

We miss Fred and remember him as a loving, humble, smart, generous, kind husband and father, brother, grandfather, uncle and servant of God.

The memorial services will be at Celebration Church in Livermore, Saturday July 30, at 11:00 a.m. Reception following in the courtyard.

Photo Gallery
0 photos Upload a photo
Remembrances
0 entries Submit a remembrance
Memorial service
The memorial services will be at Celebration Church in Livermore, Saturday July 30, at 11:00 a.m. Reception following in the courtyard.
About this site     Contact us