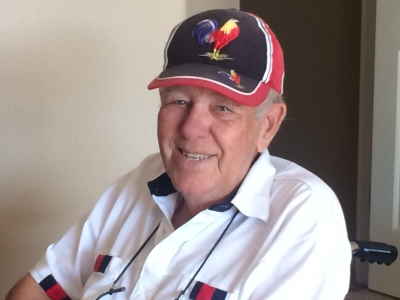 ElRoy Norin Rakstad of Henderson Nevada, former resident of Pleasanton California for over 50 years, joined his next survey crew, holding hands with his wife and surrounded by family, on April 5, 2020.

ElRoy started his career surveying minuteman missile silos in North Dakota, before moving his young family to Pleasanton California in 1965. He worked at Martin and Bissel, before it became Bissel and Karn, and then Greiner Engineering for over 30 years before his retirement. ElRoy was also on the Board of Directors of the San Francisco Bay Counties Civil Engineers and Land Surveyors Association, Inc. and was an instructor for the California Surveyors Joint Apprenticeship program.

ElRoy was very involved in his community by coaching soccer for both boy and girl teams. As a member of the YMCA, he supported the Indian Guides program and started the local chapter of Indian Princesses. Upon retirement, he became a math tutor for his grandsons AVID class and became a member and leader of the local chapter of SIRS. ElRoy’s interests include gardening, golf, news junkie, friend and neighbor. All those who loved him will miss his mischief and infectious smile terribly.

A “Celebration of Life” will be held later in the year.