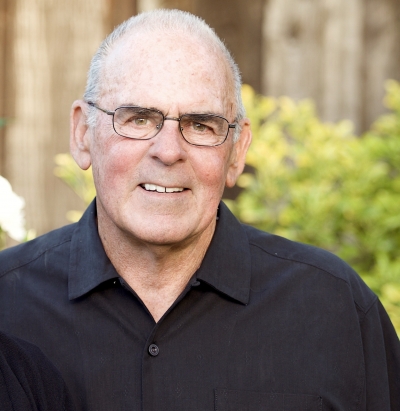 Edmond William Faustina, Jr., 72, of Pleasanton, California, passed away on August 4, 2019. A loving and devoted husband, father and “Papa”, Ed was a mentor and friend to many. Ed was born to Edmond William and Esther Faustina (Andrade), August 4, 1947, in San Leandro, California. He graduated from San Leandro High School in 1965. In 1966, Ed married the love of his life, Sharon Louise. Ed and Sharon have been synonymous ever since. He leaves as his legacy four children and six grandchildren: Donna Kimmel (David) and their children, Adam and Grant, Steven Faustina (Kelly) and their children, Brody and Kayla, David Faustina (Eric), and Daniel Faustina (Jessica) and their children, Danica and William. To the four children and their spouses, Ed was not just a father, he was their dad. He is survived by his sister, Lorraine Hawkins of Livermore and numerous cousins, nieces, nephews, and lifelong friends. 1n 1973, Ed moved to Pleasanton with his family and they have been residents ever since. Ed worked for Berkeley Farms for 45 years until his retirement in May of 2010. Ed was a proud and lifelong Teamster. In the community, Ed was known as “Coach” having volunteered with the Pleasanton Junior Football League for over 30 years. He took great pride in having coached his children, grandchildren, and enjoyed coaching alongside his son and son-in-law for many years. For the past 14 seasons, Ed put on his Pac-12 uniform and worked the sideline as a member of the Cal Football chain crew at UC Berkeley. This was the source of great pride for Ed and something he loved doing each season. The man who knew not a stranger will forever be remembered for the way he made you feel when you were around him. A memorial service to celebrate Ed’s life is scheduled for Saturday, September 28th at 11:00 am at Our Savior Lutheran Church, 1385 S Livermore Ave, in Livermore, California. A reception will immediately follow at the Pleasanton Senior Center, 5353 Sunol Blvd. in Pleasanton, California. In lieu of flowers, contributions may be made to the Ed Faustina Memorial Scholarship to benefit students from the local community. More information on how to donate visit Ed’s memorial site at www.ForeverPapa.com