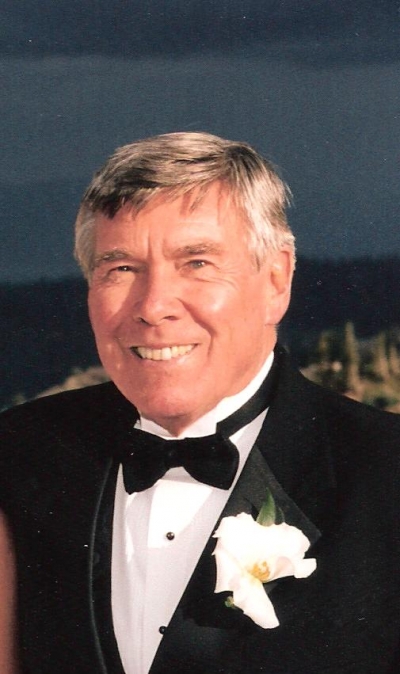 Duane Norman passed away on April 13th, 2019 in Pleasanton, CA at the age of 88. He touched many lives with his outgoing spirit, kindness and generosity and will be greatly missed.

Born on a farm in Kindred, North Dakota on February 14th, 1931 to parents Arnold Norman and Clara Bergh, Duane was the oldest of three children. The family moved to California in 1936 and settled in Hayward. Duane graduated from Hayward Union High School in 1949 and, after a year of working on his uncle’s farm in North Dakota, he enlisted in the U.S. Navy in 1951. He was assigned to the U.S.S. Oriskany and saw action during the Korean War. He received several commendations and was honorably discharged after serving for four years. This service was followed by a 35+ year career at Clearprint Paper Company in Emeryville where he retired from his position as Plant Superintendent.

Duane married the love of his life, Sandra Creech, on June 25th, 1961. They were introduced by Duane’s brother Doyle who set them up on a blind date. They bought their first house in Hayward and started a family. The couple moved the family to Pleasanton in 1976, and Duane remained in the same home until his passing.

Throughout his life, Duane lived a very active lifestyle. In his youth he enjoyed boating and waterskiing with his brother Doyle and their friends along with playing basketball at the Athens Athletic Club in Oakland. He also enjoyed skiing, biking, playing adult soccer on The Miracles, and he was a long-time member of Schoeber’s Athletic Club. His numerous trips to Hawaii with his sister Doreen and her husband Bob were among his favorite travels. More recently he was a devoted fan of his grandchildren and was a regular on the sidelines of countless soccer games and swim meets. He also had a passion for gardening and loved visiting his family, friends, and neighbors to deliver tomatoes and oranges.

Duane will be remembered as a loving husband, father and grandfather. He is survived by his daughter Kathy Schoendienst (Mark) of Pleasanton, his son Greg Norman of Colorado Springs, CO; and his grandchildren, Katie, Erin and Amy Schoendienst, and Taylor and Ben Norman. He is also survived by his sister Doreen Flores of Castro Valley. Duane was preceded in death by his parents, his brother Doyle Norman of Fort Collins, CO, and his beloved wife Sandy whom he will now join in Heaven.

Friends and family are invited to a Celebration of Life on Saturday, May 4th, 2019 at 1:00 pm at the Graham-Hitch Mortuary, 4167 First Street in Pleasanton followed by a reception at his daughter’s home.