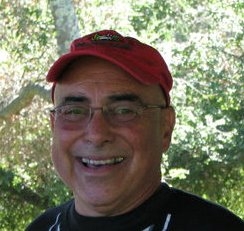 Don Michael Covello went home to his Lord on July 28, 2016 after a long illness and many hospitalizations. He was being cared for at Healdsburg Hospital when he left us. He was recently a resident of Cloverdale CA after living in Healdsburg for 14 years. Don was born in Stockton CA and raised in San Francisco. He attended Mission High School and then USF where he received his BS degree in history. He was employed for many years by Raychem Corp in Menlo Park. His last employment before retirement was with Skasol Inc in Oakland. He and his wife Barbara moved to Healdsburg in 2002, where they enjoyed all that Sonoma County has to offer. Don was deeply involved with his church, first St Augustine's in Pleasanton and then Resurrection Parish in Santa Rosa. His membership in various organizations included Italian Catholic Federation, Catholic Cursillos in Christianity, Slow Food, Zinfandel Advocates and Producers, Sonoma County Wine Library, Don loved the outdoors. In his healthier days he played golf, hiked, biked, camped, and traveled to many countries, He loved sports especially football. He participated in bench press competitions and spent many hours in the gym. Don is survived by his wife, Barbara Covello of Cloverdale, His 3 daughters Donna (John) McCown of Peoria, AZ, Gina Covello, and Yvonne (Steve Mensor) Covello of San Jose, his 3 grandchildren Aubrey McCown of Mesa, AZ, Rachael McCown of Flagstaff, AZ, and Siena Mensor of San Jose. A memorial Mass will be held at 10:00 AM on Aug 29, 2016 at Resurrection Parish, 303 Stony Point Rd in Santa Rosa. In lieu of flowers please donate in Don's name to Catholic Charities PO Box 4900 Santa Rosa CA 95402 or Mission Teaching Foundation missionteachingfoundation.org, PO Box 2524, Los Alamitos, CA 90720 or charity of your choice.