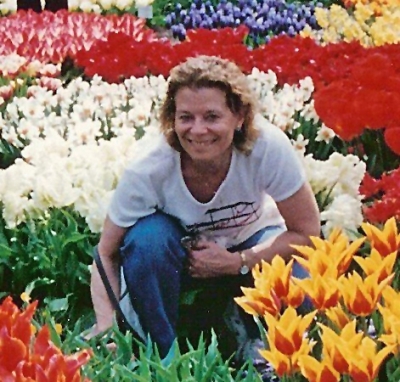 Born on Christmas Eve, in Burlingame, CA, Carol was a surprise gift to her parents, John and Elizabeth Aguiar, as they had two older children. Though her life was cut short by Alzheimer?s and cancer, she managed to be that gift to her family, friends, and community. Most of her life was lived here in the Bay Area, though she spent her high school years in Costa Mesa, CA, where she graduated valedictorian. Returning to the Bay Area, she got her BA at the University of San Francisco and her MS in Marriage and Family Counseling at Cal-State Hayward.

While attending graduate school, she began working for the City of Pleasanton as the secretary for Pleasanton Fire. She loved that job and kept it for 20 years, while at the same time caring for people as a licensed psychotherapist, in practice with her husband, Jim. They met while she was an intern at what is now called Axis Community Health Care. In 1987 they married and opened their office, Arroyo Counseling Services. Holding down two jobs, Carol still found time to volunteer; pioneering St. Augustine?s Aid?s Ministry, and doing prison ministry at the Federal Correction Institute and Santa Rita Jail. She also helped organize ?The Cross Walk? through the streets of Pleasanton in protest of the death penalty.

For fun, Carol loved to act, and from 1973 through 1983, she was in 13 plays at the Pleasanton Playhouse and other community theaters, playing the lead in ?Don?t Drink the Water,? ?You Can?t Take It With You,? and ?Barefoot in the Park.? The confines of this column make it impossible to share all the ways she contributed to our lives. Those of us who knew her appreciated what a gift she was.

Carol was preceded in death by her parents, John and Elizabeth Aguiar, and her brother, Rick Aguiar. She is survived by her beloved husband, Jim, and step-daughter, Jamie Ghilardi; her sister, Marilyn Reeves; sister-in-law, Nancy Aguiar-Fargis; nieces: Kris Ruzich, Sandy Goetz, Sue Balestri, Marianne Ottaway, and nephew: Andy Aguiar, and their families.

A Celebration of Her Life and Funeral Mass were held. Contributions may be made to Axis Community Health, The Alzheimer?s Association, or the American Breast Cancer Awareness.

Photo Gallery
0 photos Upload a photo
Remembrances
1 entry Submit a remembrance
From Cherie Bergman
Oct. 13, 2012
Carol, I miss your contagious smile and the warmth of your friendship. I miss your spark that energized those around you to do good things for others. I truly can say I have never met someone who really loved their fellow man unconditionally and help...
Read more
Video
Upload a video