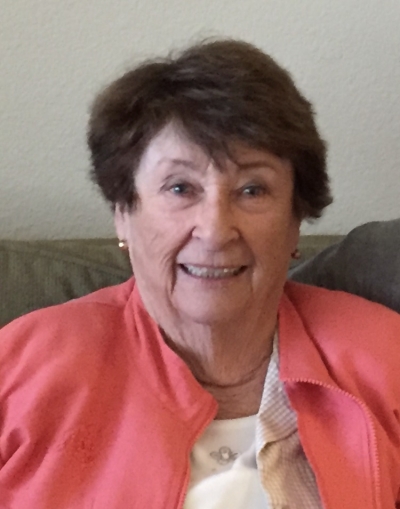 Bettie was born in Montebello, CA and soon after she moved to Alameda, CA where she spent her younger years growing up. She met her first husband, Howard Erker, in Alameda and they spent their first years of marriage in the Bay Area. Most of their married life was spent raising three children in Pleasanton, CA. Bettie decided to go to work once her children entered school. She worked in the Pleasanton School District in various jobs, most prominent was being a teacher's aide. She also went back to school herself and received her AA degree in Child Development. Bettie enjoyed working with her fellow teachers and students for over 30 years.

Bettie and Howard were married for 35 years until Howard's passing in 1986.

Bettie was fortunate enough to meet and later marry Larry Hunt. They enjoyed a wonderful country club life at Pine Mountain Lake in Groveland, CA for 29 years. The two of them spent the last few months in Brentwood, CA.

Bettie belonged to many groups, two of them being the VFW Auxilary and the R.O.O.F.B.B. group.

Bettie was a loving mother and mother-in-law to Chris Erker, Craig and Debbie Erker, and Corrie and Paul Sundgren. She absolutely loved being Nana to Patrick and Catrina Erker, Megan and RJ Natal, William Erker, Kyle, Thomas, Kent, and Katie Sundgren. She also had the pleasure of being great-Nana to June and Grace Natal.

Bettie also stepped in as a mother figure to Lynne Larned after the passing of Lynne's mother at an early age.

Bettie's greatest joys were being a wife, mother, mother-in-law, Nana, sister, Aunt, and best friend. She will be greatly missed by all.

Photo Gallery
0 photos Upload a photo
Remembrances
0 entries Submit a remembrance
Memorial service
A celebration of Bettie's life will be planned at a future date in Pleasanton.
Make a donation
In lieu of flowers or gifts, donations to Alzheimer's Association or any charity of your choice would be appreciated.
About this site     Contact us