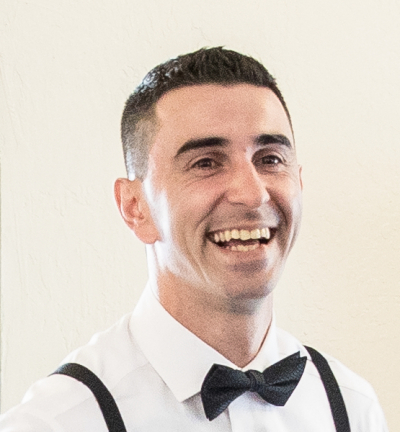 Alexandre Sébastien Denoix, beloved son, brother and uncle, was tragically lost to us on January 13th, 2022. Alex was born on November 11, 1988, in Renton, Washington, and spent his early childhood in Bourges, France, then Bothell, Washington and Pleasanton, California. As a teenager, Alex excelled in sports; he was an especially talented soccer player. He graduated from Amador Valley High School in Pleasanton, and later attended Butte College and Chico State University, graduating with associates degrees from both schools.

Charming and clever, he lit up any room he entered. He was happiest in nature and loved the outdoors. He loved adrenaline-charged activities like rock climbing, skateboarding, and sailing. He thrived on adventure, and was always the first to the top of the mountain or first in the water if the opportunity presented itself. A true original, Alex did things his own way and with inimitable style, usually accompanied by his patented, infectious grin. A free spirit with a huge heart, family and faith were everything to him; two of his happiest and proudest days were his confirmation day in 2018, and his wedding in 2019.

Alex is survived by his wife Natalia; parents, Richard & Lenore Denoix and Claudine & Leo Montero; his siblings (by age), Lauri Costigan, Jason Montero, Guillaume & Jordan Denoix and their son Jack Denoix, Ashley Montero, and Amandine Denoix; as well as aunts, uncles, and cousins, both from France and the United States, and a wide circle of friends.

“May the Lord watch between me and thee, when we are absent one from another.” Genesis (31:49).

Photo Gallery
0 photos Upload a photo
Remembrances
0 entries Submit a remembrance
Memorial service
The funeral vigil will be held Sunday, January 23rd at 6:00pm, at St. Elizabeth Seton Catholic Church and the funeral mass will be held Monday, January 24th at 10:00am, at St. Augustine Catholic Church, both in Pleasanton, CA.
Make a donation
In lieu of flowers, please send donations in memory of Alexandre to: Catholic Relief Services at www.crs.org or Alcoholics Anonymous at www.aa.org.
About this site     Contact us