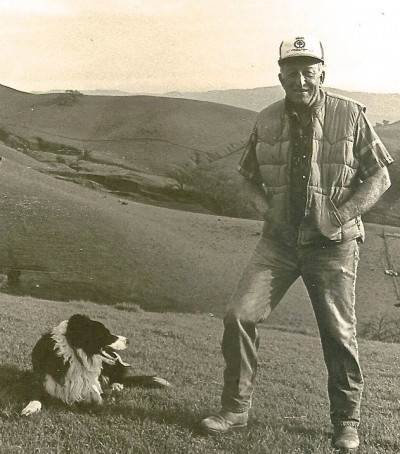 Alex V. Spotorno passed away on Monday, March 26, 2018. A rancher in Pleasanton for almost 70 years, living on the family ranch established in 1867, he was highly respected in the industry for his expertise as well as the high quality of his cattle and lambs.

Alex was born in San Francisco, CA, son of Alexandre V. Spotorno and Isabel Marie Roberts. He served in the U.S. Navy during WWII piloting landing craft in the Pacific Arena, followed by graduation from U.C. Davis in 1949. In addition to ranching, he was land manager of the watershed lands for the City and County of San Francisco Water Department for thirty years. He was a member of the state and county Farm Bureaus for many years and served for a time as Vice–President of the CA Woolgrowers Association.

Photo Gallery
0 photos Upload a photo
Remembrances
2 entries Submit a remembrance
From angelicamandy
April 17, 2018
The red remembrance poppy has become a familiar emblem of Remembrance Day due to the poem "In Flanders Fields". These poppies bloomed across some of the worst battlefields of Flanders in World War I, their brilliant red colour an appropriate symbol f...
Read more
Memorial service
Friends and family are invited to a visitation Tuesday, April 3, 2018, 4-8 p.m. with a prayer service beginning at 7 p.m. at Graham Hitch Mortuary, 4167 First Street in Pleasanton, and a funeral mass on Wednesday, April 4, 2018 at 11:00 a.m. at St. Augustine Catholic Church, 3999 Bernal Avenue in Pleasanton.
About this site     Contact us