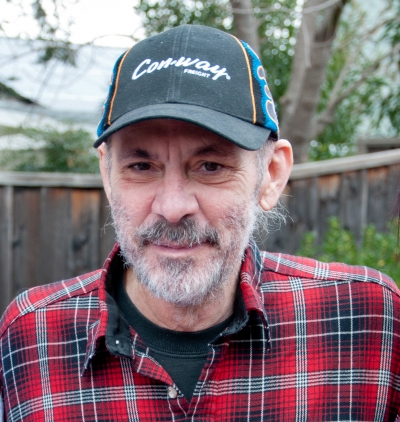 Alan “Al” Glenn Wiggins, 61, went peacefully home to be with the Lord on Saturday evening, June 23, 2018, with his devoted wife Sherry by his side. Al was born in Utah on June 15, 1957, to Shirley and Bill Wiggins. Al’s firm belief in his Savior Jesus Christ gave him the courage to live these last several months in peace and acceptance that there was no earthly cure for his stage four lung cancer.

Al and Sherry were husband and wife for 32 years, with each year bonding them ever more deeply. Al was blessed with a large and loving family. Al loved his wife, children and grandchildren. He was kind, soft-spoken, and always had time to answer a question or solve a problem, no matter how small. Al also had a never-ending love for his mom and dad, his three brothers and two sisters. Al had many friends, passions and hobbies, including Nascar, playing guitar, listening to favorite music, and joining his ECV (Clamper brothers) for memorable outings that made for great stories to tell. Al was talented in carpentry and construction as well.

When Al and Sherry’s younger son entered the United States Marine Corps in 2005, Al enthusiastically joined Sherry in supporting the military and their families through the Pleasanton Military Families Support Group. Al served humbly and quietly in the background at all military functions, never seeking attention or accolades from others. Al is dearly missed by his loved ones, who celebrate the fact that he is at peace in Heaven with Jesus.

Al is survived by his wife Sherry; sons Alan and Shawn; daughters Alicia and Trisha; grandchildren Austin, Collin, Gypsy, Michaelea, Lilly, Jack, Emery, Zach, and Mackenzie; sisters Teri and Kathy, brother Rob and mother Shirley. Al is preceded in death by his father Bill, and his brothers Duke, and Andy.

Photo Gallery
0 photos Upload a photo
Remembrances
0 entries Submit a remembrance
Memorial service
Al’s Celebration of Life will be held on Sunday, July 29, 2018, 1:00 p.m. at the Veterans Memorial Building at 301 Main Street, Pleasanton, California.
Make a donation
Memorial contributions may be made to Hope Hospice, Dublin, California.
About this site     Contact us