'Concertos Without Orchestra' in Livermore

Pianist Daniel Glover will share history and analysis of each piece 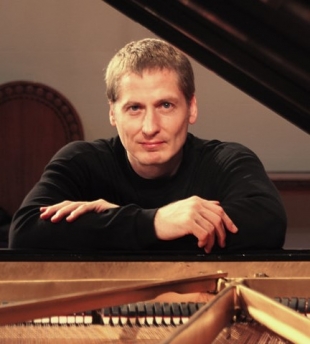 The program includes a collection of piano solo transcription of excerpts from five well-known concertos from the baroque, classical, romantic and early 20th century periods. Glover will share the history and an analysis of each piece he performs.

"The transcribers of the concertos are as well-known as the original composers," Glover said, "but what is surprising to the listener is the transcribers' uncanny ability to synthesize the parts of a full symphony orchestra, as well as the solo piano (or two violins), into one unified whole."

The program begins with an unusual "double" transcription of Vivaldi's "Concerto in A Minor for Two Violins," a work Johann Sebastian Bach transcribed for organ.

"Russian pianist Samuil Feinberg then made a piano solo version in the 1920s based on both previous versions," Glover explained.

The concert concludes with Ravel's "Adagio" from his G Major Concerto and the complete Concerto No. 2 in G Minor of Saint-Saëns in a brilliantly effective transcription by Georges Bizet.

Glover has been the accompanist for Valley Concert Chorale since 1998.

"Mr. Glover's piano concerts are always a popular event," chorale board president Bill Leach said. "He is an internationally known concert pianist and has a great following around the world."

Tickets are $25 in advance at www.valleyconcertchorale.org and $30 at the door. Proceeds from the performance will benefit the Valley Concert Chorale.

3 people like this
Posted by resident
a resident of Another Pleasanton neighborhood
on Feb 17, 2020 at 11:57 am

The Impact of COVID-19 on Our High School Juniors and Seniors
By Elizabeth LaScala | 0 comments | 2,883 views

The first few seconds after awakening; before I remember the virus
By Chandrama Anderson | 0 comments | 2,459 views