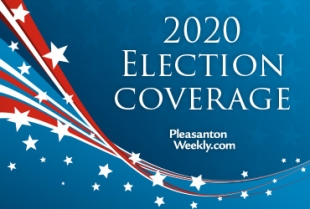 The district, which hasn't seen a new bond measure since 1999, is desperately in need of facility upgrades that effectively can only be funded through a local bond issuance.

The bond resolution clearly outlines the necessary facilities projects that the new property tax of $59 per $100,000 of assessed valuation will fund at the nearly century-old campus, including classroom building upgrades, 21st century labs and technology, modern infrastructure, better accessibility and a brand-new multipurpose room to replace the deteriorating 1950s-era cafeteria -- an MPR that will also be available year-round for community rental and as an evacuation center.

We also recognize there is no formal opposition argument on the ballot.

That said, earlier this week we heard from a Sunol resident critical of Measure O, saying some town residents weren't even aware of the bond measure and are concerned about their tax burden given the number of interdistrict transfer students at Sunol Glen School. We disagree with the notion that the bond measure would somehow result in Sunol residents unduly subsidizing students from other tax bases.

Most importantly, the facility needs at the school are so striking, for current and future students in Sunol.

The Impact of COVID-19 on Our High School Juniors and Seniors
By Elizabeth LaScala | 0 comments | 2,877 views

The first few seconds after awakening; before I remember the virus
By Chandrama Anderson | 0 comments | 2,450 views