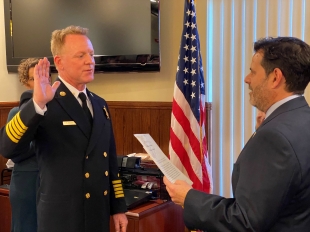 Really, Nelson!? The “best candidate?” You lost the BEST candidate years ago!

1 person likes this
Posted by Michael Austin
a resident of Pleasanton Meadows
on Jan 9, 2020 at 4:40 pm

Naveed Khan:
I strongly suggest that you run for the PUSD board.

LPFD and PPD should hire and promote the best candidates for the positions with them "judged not by the color of their skin, but by the content of their character."

Report Objectionable Content
Email Town Square Moderator
1 person likes this
Posted by Beth
a resident of Castlewood
on Jan 14, 2020 at 8:56 am

To post your comment, please login or register at the top of the page. This topic is only for those who have signed up to participate by providing their email address and establishing a screen name.