The gentle giants of Mount Diablo

Great tarantula migration has begun, and these arachnids are looking for love

Hikers can find tarantulas around the Mount Diablo area typically during the months of September and October. (Photo by Ryan J. Degan) 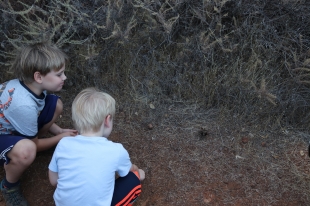 Tarantulas can be found throughout the Diablo region as well as in Sunol Regional Wilderness and other areas around the East Bay and South Bay. (Photo by Ryan J. Degan)

Very interesting, informative article about tarantulas which I've seen up on Pleasanton Ridge. The background on this better helps us appreciate these hairy little fellas that we've been educated to believe are dangerous but really are not. Thank you for this story.