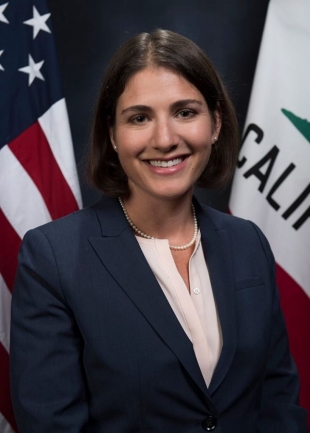 4 people like this
Posted by Why no story about conviction of James Tong?
a resident of Another Pleasanton neighborhood
on Oct 10, 2019 at 3:14 pm

It has been two days since it was announced that after a 10 day trial, James Tong was found guilty of laundering campaign contributions to Eric Swalwell. This has been in the Chronicle as well as the Mercury News. There have been at least two DOJ press releases about it.

Why is the Pleasanton Weekly publishing stories about bills signed by the governor instead of covering local news, i.e., the trial of James Tong in relation to illegal campaign contributions to Eric Swalwell.

Why does Pleasanton not cover the local news anymore? Also why did it not cover the major vehicle accident last night at Hopyard and Coronado Lane? That was covered by the Patch.

Why did the Pleasanton Weekly send a reporter to cover the 10 day trial? And why does it seem to just print press releases sent by elected politicians and public agencies?


@Why First, thank you for letting us know about Tong. We will follow-up. But people also like to be aware bills their local state/federal officials get passed (or fail to) in Sacramento and Washington.

You might have missed it but we've been covering the power shutoffs that have been causing chaos in the Tri-Valley, which is our coverage area. We've also been covering school board meetings, city and town councils and planning commissions, and all the issues associated with those entities; we are the only local news source covering those.

Why didn't we send a reporter to cover a 10-day trial? I reference the paragraph above and add the fact we have one editor and two staff reporters in our newsroom covering five communities. We can't afford to have a reporter in a 10-day trial.

For perspective, just a few years ago we had double the newsroom staff and double the office space.

Please reference a publisher's note I did a while ago: Web Link
Part of the note reads: "There's no news flash here: Traditional news organizations are struggling financially and the first place many go to cut costs is the newsroom. This, in turn, is becoming costly to the public as this deficit leaves public agencies and local governments under-examined."

Thank you for the heads-up on the DOJ press release, and please consider supporting your local news source. You can sign up here:
Web Link

We can't do it without help from you and our other readers.

Report Objectionable Content
Email Town Square Moderator
2 people like this
Posted by New Subscriber
a resident of Another Pleasanton neighborhood
on Oct 11, 2019 at 11:50 am

New Subscriber is a registered user.

Now if you could just do something about all the tinfoil hat-wearing people who spam the comments all the time... ;-)

Report Objectionable Content
Email Town Square Moderator
2 people like this
Posted by Gina Channell, Publisher
a resident of Downtown
on Oct 11, 2019 at 12:12 pm

Thank you so much for your support. We really appreciate it!

As a member you'll start receiving our newsletter, Local Scoop, next month. We're also planning a member-only event for November.

Have a great weekend!